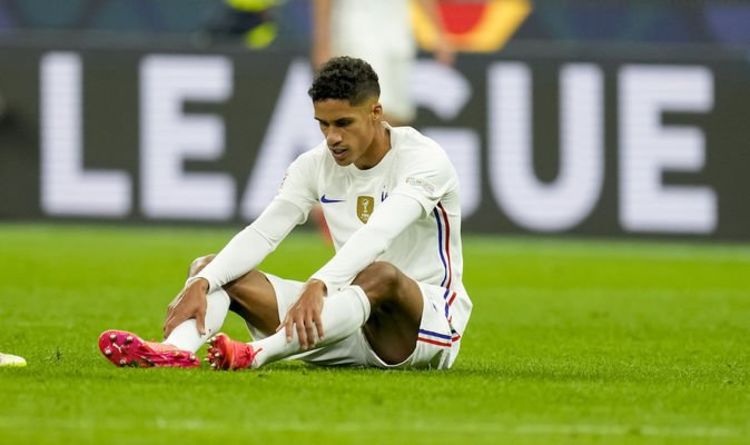 Manchester United defender Raphael Varane may be left needing surgery after suffering a possible abductor tear, according to a doctor and performance expert. Varane was forced off injured in the 43rd minute of France’s UEFA Nations League final triumph over Spain on Sunday.

The French defender went down holding his leg minutes before half-time, although it is not yet clear how the injury was caused.

Medical staff quickly attended to Varane, but it was clear that the 28-year-old would not be able to continue.

And after assessing the injury, Dr Rajpal Brar has given his verdict on Varane’s condition.

“His return timeline will depend on the specific location, and severity of the injury.

“If it’s indeed an adductor tear, a grade one typically comes with a one to two-week return timeline, grade two you’re looking at two-and-a-half to three weeks, and then a grade three is going to be dependent on if surgery is required or not.

“Although I highly, highly doubt it’s a grade three based on the fact he was able to walk off pretty well and was allowed to be on the bench, as well.

“We’ll certainly find out more, as it’s evaluated by the national team and also by Man United staff as well, but these can be tricky injuries to deal with and quite sensitive to re-injury because of the significant demands placed on the adductors during football.”

Didier Deschamps’ side emerged victorious without Varane thanks to a 2-1 victory at the San Siro.

And with just ten minutes to go, PSG forward Kylian Mbappe won it for France when he slotted the ball past Unai Simon.

Varane joined United on a four-year deal in the summer from Real Madrid in a move worth £41million, after spending a decade with the Spanish giants.

United fans will now wait nervously to find out the fate of the French defender’s injury in the coming days.

Meanwhile, Ole Gunnar Solskjaer’s side will travel to the King Power Stadium to face Leicester on October 16 following the conclusion of the international break.

The Red Devils are currently fourth in the Premier League with 14 points, two behind leaders Chelsea.

Spending, saving and Sancho: Welcome to a new transfer window where the old rules don’t apply 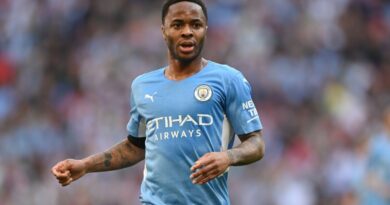