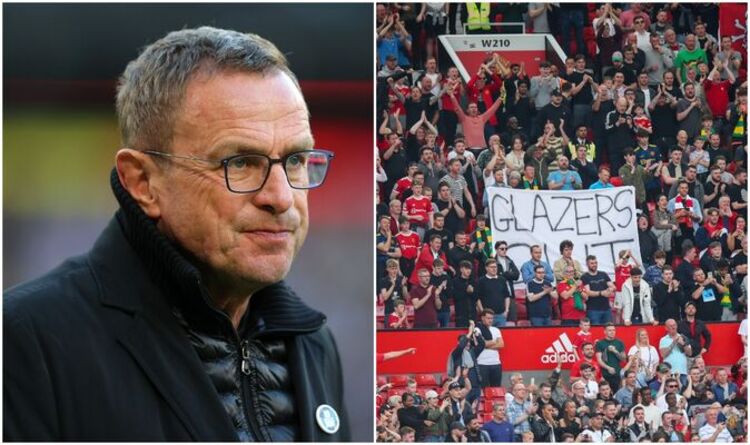 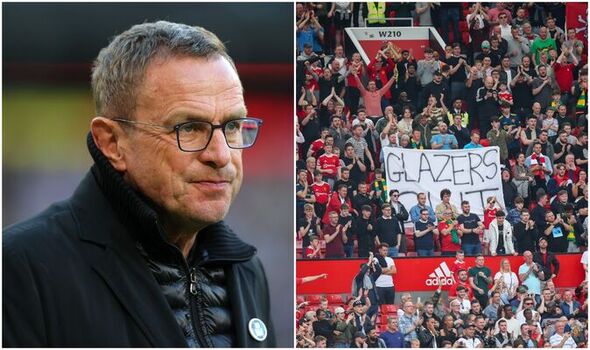 Manchester United fans defied interim boss Ralf Rangnick’s promise that Red Devils players would not be booed by their own supporters at Old Trafford as Paul Pogba was jeered off in the 3-2 win over Norwich on Saturday. United supporters had been protesting at the club’s Carrington training base pre-match and turned their displeasure on midfielder Pogba during the Premier League fixture later in the day.

It comes after Rangnick had promised that such an incident would never happen at the club’s home stadium. After Harry Maguire was heckled by England fans before the Three Lions’ friendly against Ivory Coast in March, the German coach promised that the defender would return to a more welcoming Old Trafford.

Rangnick said after Maguire was booed: “I didn’t understand what happened at Wembley, it won’t happen in our stadium with the Red Army. He’s been playing well for Manchester United and England in the last couple of years.”

But United fans have now shown that the 63-year-old’s promise was fruitless after jeering Pogba on Saturday. The Old Trafford crowd showed their displeasure at the soon to be out of contract star as he was substituted for Marcus Rashford.

The score was 2-2 when Rangnick opted to put on an extra forward, with Pogba – who had played in a deeper midfield role than usual – sacrificed. Responding to jeers, the 29-year-old cupped his ears towards the Stretford End.

Rangnick has urged supporters not to aim their displeasure at individuals, saying afterwards: “I didn’t hear it myself, to be honest, but we were talking with my staff in my office, the locker room. I think the fans here are amazing. I really do.

“Support in the stadium today was great. I can fully understand why fans are frustrated and disappointed, [because] so are we.

“Things have stayed, as far as I know, peaceful. I don’t think it makes sense to take or target any individual or players. If so, it is a collective responsibility. Even if you want to look into the past, it really doesn’t make any sense.”

Asked about Pogba cupping his ears, Rangnick continued: “I didn’t see it, I heard that. This was probably his reaction to the chanting of the fans, I would suppose, I don’t think he did that right from the beginning. I can understand in a way, the fans and the supporters, but I don’t think it makes sense to take on individual players.”

Cristiano Ronaldo’s hat-trick dragged United past Norwich on a day of protest. Fans had spent the morning and early afternoon demonstrating against the Glazer family’s ownership. 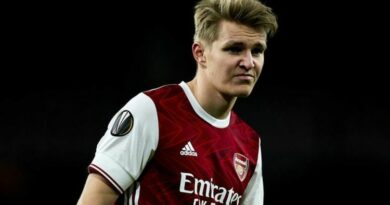 Jadon Sancho to Man Utd: Ed Woodward has price, Bale is smokescreen, club ‘out of money’