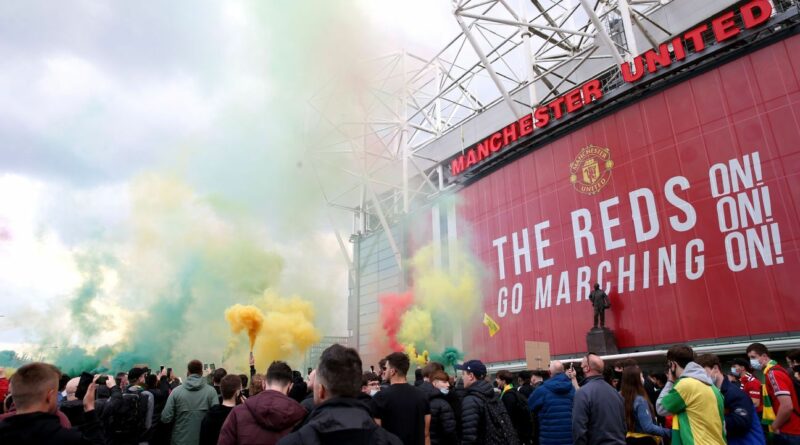 A group of Manchester United fans invaded the Old Trafford pitch in a demonstration against the team owners, the Glazer family, ahead of the Premier League clash with Liverpool on Sunday.

The protests started at the team hotel with around 1,000 supporters outside the Lowry Hotel, where the United team were staying.

The game, which kicks off at 4.30 p.m BST / 11.30 a.m. ET, is likely to go ahead as the Premier League said COVID-19 protocols have not been breached as the supporters didn’t reach the dressing rooms.

A group of United’s coaching staff were turned away from the gates as a result of the number of supporters at the ground.

Two police vans were positioned at the gates used by the team coaches from early on Sunday morning.

Fans started gathering on the forecourt at Old Trafford from around 8 a.m. ET. At around 9 a.m. ET, a large group broke the fencing around the stadium and moved the protest towards the Munich Tunnel underneath the Sir Bobby Charlton Stand.

United owner Joel Glazer, who was named the European Super League vice-chairman when the announcement was made, has apologised to the fans in an open letter after they withdrew from the project.

However, that apology was rejected by the club’s supporter base who protested outside Old Trafford last week, which followed demonstrations at United’s training ground.

Although it has been listed on the New York Stock Exchange since 2012, the Glazers retain majority ownership. The Glazer family also owns the Tampa Bay Buccaneers.

Information from Reuters and ESPN correspondent Mark Ogden was included in this report. 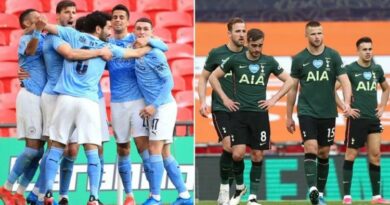