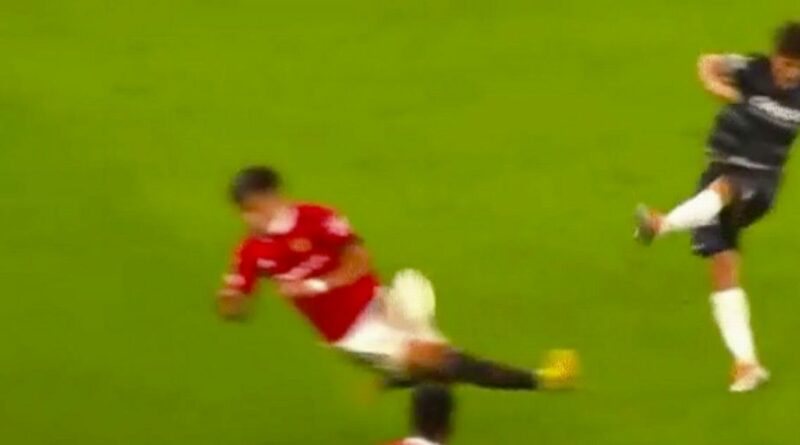 Manchester United were beaten 1-0 at home against Real Sociedad in their Europa League opener, but it was a controversial penalty that handed the visitors victory.

United fans were furious as referee Marco Di Bello gave Sociedad a penalty for a handball on Lisandro Martinez, although replays showed that it only struck his hand after deflecting off his leg. Fans, pundits and commentators were convinced that VAR would send the referee over to the screen to review the decision, but they decided not to intervene.

Brais Mendes converted the resulting spot kick to put the visitors ahead, and it ended up being the only goal of the game as United got off to the worst start in Europe. But fans are furious as they feel that VAR has once again had a night to forget.

"Never a pen. VAR should've told the ref to look at the monitor," One fan ranted. Another saw the replay late, but was furious: "I’ve only just seen the penalty against United. What an utter disgrace of a decision."

One fan couldn't believe it, as they said: "How on earth is this a penalty? Whatever man, that’s absolutely joke specially with VAR around these days."

It wasn't just fans that were stunned, as even former Premier League goalkeeper Paddy Kenny got in on the act: "How is this a pen? United have been robbed big time. VAR at its best again."

Was it a penalty? Let us know in the comments section.

To make matters worse, it was former Manchester City star David Silva that won the penalty, on his return to Old Trafford. The City legend haunted United at times during his stint in Manchester, and did so again for Sociedad.

It was a harsh blow for United, but their performance was below the level that we've grown to expect in recent weeks. After losing their opening two Premier League games for the first time since 1992, United went on a four-game win streak, beating the likes of Liverpool and Arsenal.

But Old Trafford isn't the fortress that it once was, and now the pressure is already mounting for the remainder of their Europa League group stage. Only the team that tops the group is guaranteed to go through to the knockout stages, but Sociedad are the toughest opponents on paper, with Sheriff and Omonia the other sides in their draw. 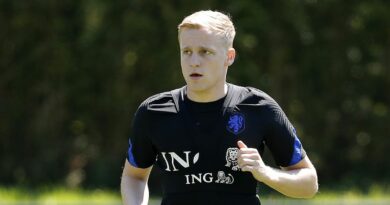