Manchester United fans made it clear that they’re still behind Ole Gunnar Solskjaer as the man to turn things around at the club following their 2-1 win over Tottenham. Jose Mourinho’s return to Old Trafford just a year after being sacked by United took centre stage with Spurs winning both games since hiring the charismatic Portuguese coach.

But while Mourinho was given a warm welcome by United fans, it proved to be an unhappy return for the 56-year-old.

Marcus Rashford got the ball rolling for the home side with a ferocious shot from the corner of the box.

Dele Alli gave Tottenham a route back into the match with a delightful finish just before half-time.

However, Rashford ultimately made sure of all three points after putting his penalty woes behind him to step up for a spot kick shortly after the break. 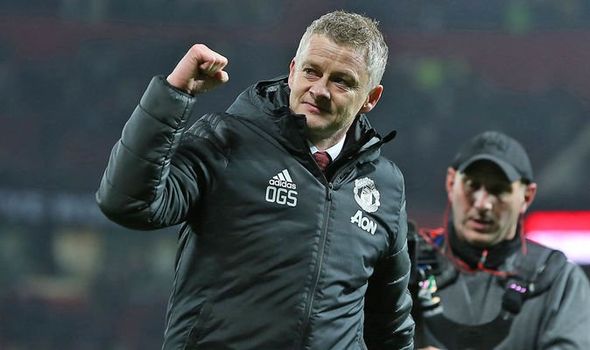 And it’s clear the victory meant a lot to Solskjaer as he punched the air in delight at the final whistle.

The Norwegian coach has come under pressure in recent weeks with the club dropping points against Sheffield United and Aston Villa.

But it was clear the Old Trafford faithful were fully behind Solskjaer as chants of “Ole, Ole, Ole” rang around the whole stadium at the end of the match.

United remain eight points adrift of the Champions League places, but the win over Tottenham will come as a huge boost to Solskjaer heading into the busy festive period.

The United boss was forced to name young Mason Greenwood in the starting line-up with Anthony Martial picking up a muscle injury.

The Red Devils have had a number of injury problems throughout the campaign so far, namely with Paul Pogba playing just five league matches.

Eric Bailly also remains out with a knee injury, although he is close to a return to action having been pictured training with the first team recently.

Solskjaer was delighted with the performance of his young team and believes it could be the catalyst to turn a corner. 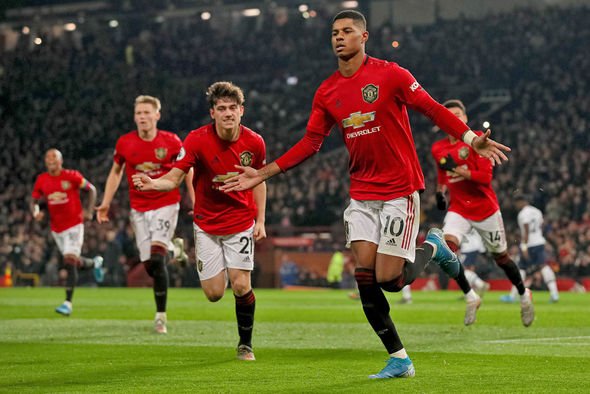 “The three points are massive for us,” he said.

“We’ve had too many draws this season and given too many points away from winning positions. It’s a great lesson the last two games and we came back in a great manner.

“We’ve started the rebuilding. We’ve made decisions that we had to and we’re looking to build this club to be better again and I can’t think short-term when I’m trying to do that.

“When we turn the corner and win three or four games on the run, they will get that Man Utd feeling again.”