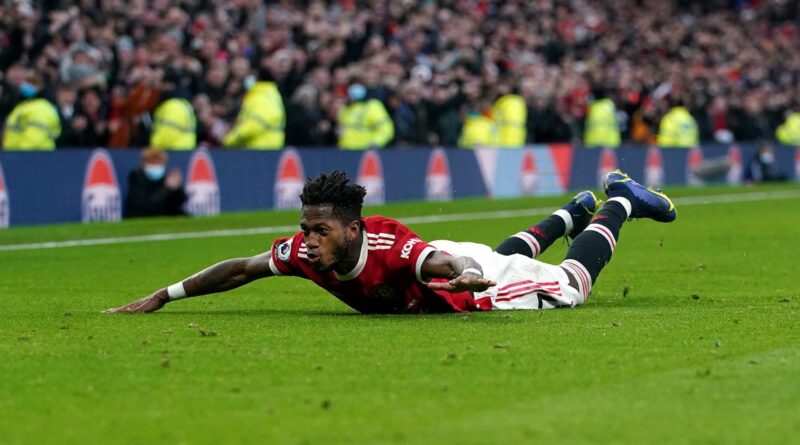 Manchester United had an unlikely hero as Fred scored the winner in Ralf Rangnick ’s first game in charge of the club.

The Brazilian midfielder has mainly received criticism since moving to Old Trafford in 2018, with his performances not always up to scratch.

On Sunday afternoon, he had fans singing his praises, after his 77 th minute strike secured all three points against Crystal Palace.

After the ball was played back to him by Mason Greenwood, he hit a fantastic curling effort from the edge of the box into the top left corner.

The goal made it a perfect start for Rangnick, who has taken the role of manager until the end of the season, following the dismissal of Ole Gunnar Solskjaer.

Another added: “When will people realise Fred is a decent player, especially when played in the right decision.”

A third stated: “He’s most definitely making up for all the times he has let us down.”

Some also saw the funny side that the midfielder stood up to be the hero, instead of the villain.

One wrote: “I’ve said all along Fred is the Brazilian Zidane.”

Another added: “That’s it. Fred is here to stay. New five-year deal, highest paid player in the world.”

Where will Manchester United finish this season? Let us know in the comments section.

Meanwhile, one rival fan poked fun at United, commenting that the regularly criticised Fred was the first player to score under the new manager.

They wrote: “First goal under Rangnick is the one player the fanbases hates most.”

The goal was only the fourth in the Premier League for Fred in 88 games, but his second of this season.

As well as scoring, he also contributed with United’s defensive efforts as United kept their first clean sheet at home this season.