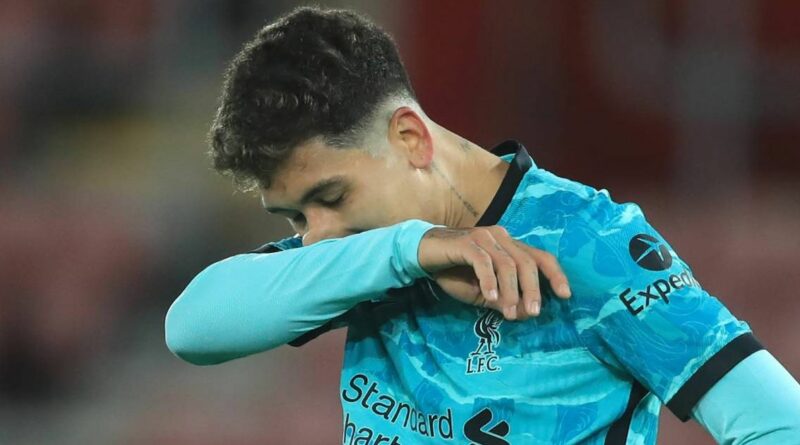 Manchester United are within touching distance of top spot in the Premier League after Liverpool’s 1-0 defeat against Southampton on Monday night.

The Red Devils are sat in second place in the table, but are level on points with the league leaders.

They still have a game in hand over the table-toppers, who suffered a disappointing loss at St Mary’s on Monday thanks to a Danny Ings goal.

Southampton got off to a brilliant start after Ings lobbed Alisson Becker in the second minute, and never looked under any real threat.

Liverpool managed only one shot on target throughout the game, despite enjoying the lion’s share of possession.

United fans were gleeful at the final whistle after noting the situation the Red Devils are currently in.

Despite a rollercoaster start to the campaign, Ole Gunnar Solskjaer’s side are now closing in on the top of the table, and fans are starting to believe an unlikely challenge for the title could well be on.

“Title contenders Name on the trophy Here we go @ManUtd,” one posted on Twitter.

Another tweeted: “such a good time to be a united fan.”

One joked: “It hits different when you haven't been in a title race for 7 years.”

“If Solskjaer manages to win a premier league title with Maguire and Lindelof as his centre backs, they should be naming a stand at Old Trafford after him,” another stated.

One fan summed up the situation, saying: “Mate, we can now go top of the league. Can you see the pressure mounting on Liverpool players?”

“Ole might actually knock Liverpool off their perch in record time,” one joked.

Another wrote: “This position Man United is in is a very tricky one and requires consistent good performances. Let’s hope but not get too excited.”

Neymar is struggling with 'anxiety' during coronavirus lockdown