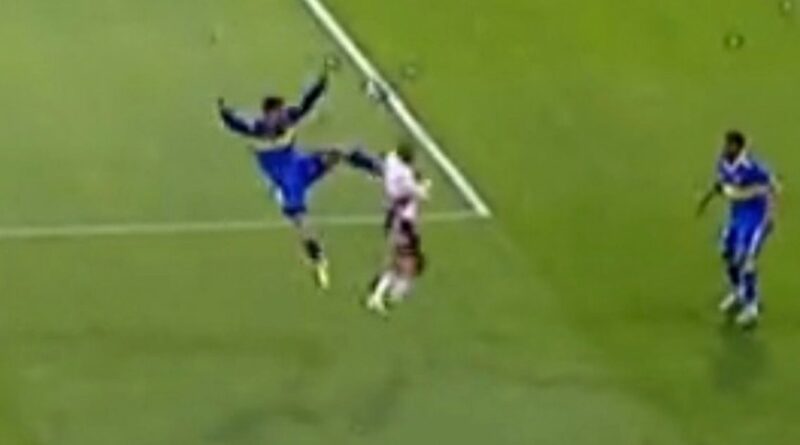 Manchester United flop Marcos Rojo was sent off after making a trademark ‘mad b******’ tackle on Sunday.

The ex-Red Devils star featured for Boca Juniors against bitter rivals River Plate in Argentina’s Superclasico, which was won 1-0 by Boca courtesy of a Dario Benedetto 65th minute goal. The match as expected was a heated affair with 10 yellow cards brandished in front of a raucous La Bombera crowd.

But the only red card of the day was shown to Rojo after a wild challenge in the 97th minute with just 30 seconds of stoppage time left to play. It came after the ball bounced up in front of the defender, who panicked in the dying embers of the game as his opponent came rushing in.

Rojo, who made a name for himself at Old Trafford as a brash-tackler but was somehow never sent off, took no chances as he leapt in the air with a raised boot. The 32-year-old caught Nicolas De la Cruz in the face before being given his marching orders.

It marked a disappointing end to the match for the centre-back after he put in a stellar performance up to that point. And fans on social media were left unsurprised at his martial arts-style kick, which he had a knack for in the Premier League.

One United fan wrote on Twitter: “He’s such a mad b*****,” along with two laughing face emojis.

Do you miss Marcos Rojo in the Premier League? Let us know in the comments section below

Another joked: “Nice to see Marcos has mellowed,” while a third added: “Bloody hell I don’t half miss this lunatic.”

Rojo spent seven years at United between 2014 and 2021, where he helped the club to a Carabao Cup and the Europa League in the same season under Jose Mourinho. He played a crucial role under the Portuguese manager, having initially been brought in by Louis Van Gaal and departed under Ole Gunnar Solskjaer. 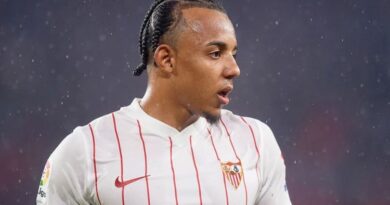