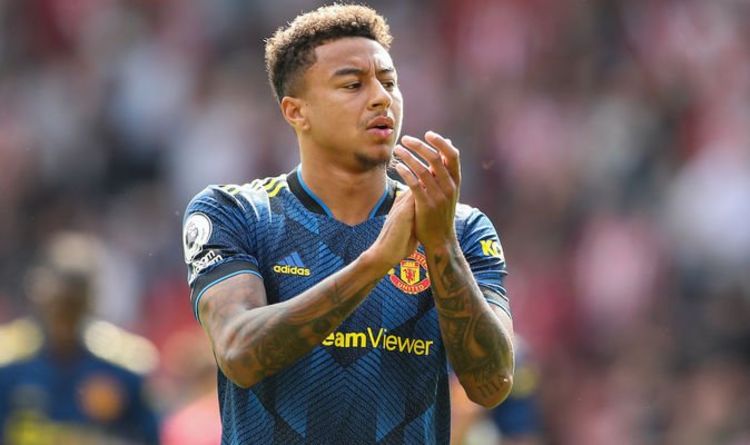 Manchester United are faced with a difficult decision to make as West Ham close in on a deal to sign £25.7m CSKA Moskow attacking midfielder Nikola Vlasic. The Croatia international is set to follow French central defender Kurt Zouma in joining the Hammers.

Vlasic spent two years at Everton – where he made just 12 Premier League appearances – before joining the Russian giants on a permanent basis in 2019.

Lingard has been linked with a move to West Ham all summer, but the Hammers have looked elsewhere after being put off by United’s £25m asking price.

The midfielder impressed during a loan spell at the London Stadium in the previous campaign, where he scored nine times in 16 appearances.

The 28-year-old’s deal at Old Trafford is up at the end of the season meaning Utd are faced with a dilemma: Sell Lingard or offer him a new deal.

Lingard has impressed Solskjaer in pre-season, but the midfielder is unlikely to be a regular starter at this season given United’s vast array of attacking talent.

At 28, Lingard certainly isn’t getting any younger and he may look to ply his trade elsewhere in pursuit of more game time.

When asked about Lingard’s future, Ole Gunnar Solskjaer has insisted the midfielder has “a big part to play”.

“I think Jesse’s first priority is to get into our team, whenever your employer is Manchester United that’s your first priority, it always is,” Solskjaer said earlier this month. “We together can have great moments.

“As a manager, with players and a squad, live I’ve got now, it’s difficult to say this weekend you’re not playing.

“I’ve got to leave players out of the starting XI and squad. They all have to remember they’re gonna play a part if we’re gonna be successful.

“Jesse’s back to fitness played really well in the behind-closed-doors game, come back in good shape, he’s got a big part to play.”

Despite not playing regular first-team football, Lingard has managed to earn himself an England recall for the upcoming World Cup qualifiers – having narrowly missed out on the Euro 2020 squad.

However, Southgate himself admitted last week that Lingard would have more of a chance of being called up if he’s playing regularly.

“I think there’s always what’s ideal and what’s ideal is players play at highest possible level as regularly as they can but there are so many nuances to that,” said Southgate.

“Sometimes we’re criticised for not being consistent. Sometimes it depends on an individual and an individual’s circumstance. We know players who can play at the level.

“He had a great second half of the season with West Ham that revitalised him and that’s why he was so close to our squad in the summer.”

Should Lingard remain at Old Trafford beyond Tuesday’s deadline, then Solskjaer will have a difficult decision to make on the midfielder’s long-term future at the club in the coming months.

Florentino Perez insists there will be NO signings for Real Madrid