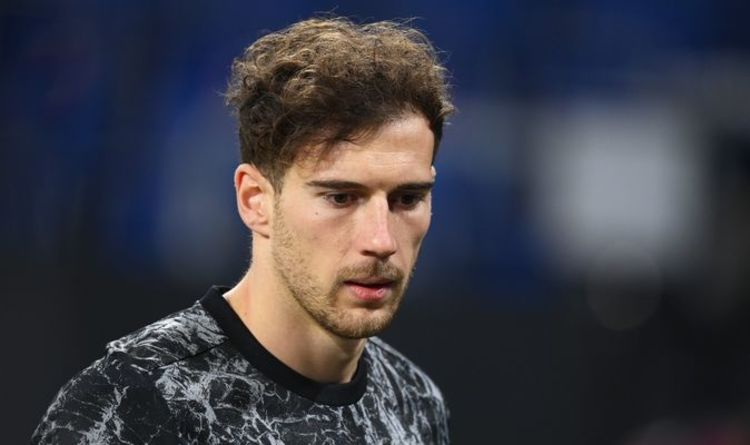 Manchester United could struggle to complete the signing of Leon Goretzka this summer, with Bayern Munich boss Julian Nagelsmann and CEO Oliver Kahn both expressing a desire to keep hold of the 26-year-old. Goretzka, who represented Germany at Euro 2020, is entering the final year of his contract with the Bundesliga heavyweights and has been linked with a move to United as a result of the situation.

The Red Devils are reportedly keeping tabs on the midfielder as a potential replacement for Paul Pogba, who will also be out of contract at the end of next season.

The Frenchman has been tipped to return to Juventus ahead of the new campaign, with United facing a dilemma over whether to cash in or risk losing him for nothing in a year’s time.

If Pogba ends up leaving the club this summer, it has been suggested that Ole Gunnar Solskjaer will look to sanction a move for Goretzka.

The latter has played a significant role in the middle of the park for Bayern in recent seasons, helping to win three Bundesliga titles, two domestic cups and the Champions League trophy in 2020.

He made 32 appearances in all competitions last season, chipping in with eight goals and nine assists, and it seems as though his current employers will look to retain his services for at least another campaign.

JUST IN: Neville and Keane agree over Shaw’s Man Utd dispute with Mourinho

Speaking at his first press conference as Bayern manager on Wednesday, Nagelsmann underlined his desire to extend Goretzka’s stay at the Allianz Arena, highlighting the midfielder’s crucial influence on the side.

“Leon is an important player for us. I would be happy to work with him for many years,” said Nagelsmann.

“I think very highly of him. He is one of the most dangerous midfielders in the world. Everyone likes to have him in their team.”

Nagelsmann’s sentiments were echoed by Bayern chief Kahn, who revealed that negotiations have started with regards to new deals for Goretzka and winger Kingsley Coman, who has also been linked with United in recent months.

However, the former Germany goalkeeper also declared that he is not prepared to pay over the odds in order to keep the pair, suggesting that any resolution would be in the best interests of the club.

“We’re in talks with Goretzka and Coman,” said the former Germany goalkeeper. “Absolute top players want to be paid accordingly, we’re not naive about that.

“That’s perfectly fine. With us, there is a limit, which is very clearly defined.

“With [David] Alaba, you saw that at a certain point, we were no longer willing to go further. We don’t push into salary regions that don’t suit FC Bayern.

“We are in very, very good talks with both players. I am optimistic. We have a great package to offer here.”

It remains to be seen whether United will eventually act on their reported interest in Goretzka or pursue other targets.

They have also been heavily linked with Rennes midfielder Eduardo Camavinga, who is widely expected to leave the French outfit over the coming weeks and months.

The Red Devils have already kicked off their summer transfer business with the £77million acquisition of Jadon Sancho from Borussia Dortmund.

Former Burnley and Aston Villa goalkeeper Tom Heaton has also made the switch to Old Trafford ahead of the new season, with the 35-year-old returning to the club at which he learned his trade as a young player.

Gerry Taggart on Collymore, Leicester and life at Barnsley