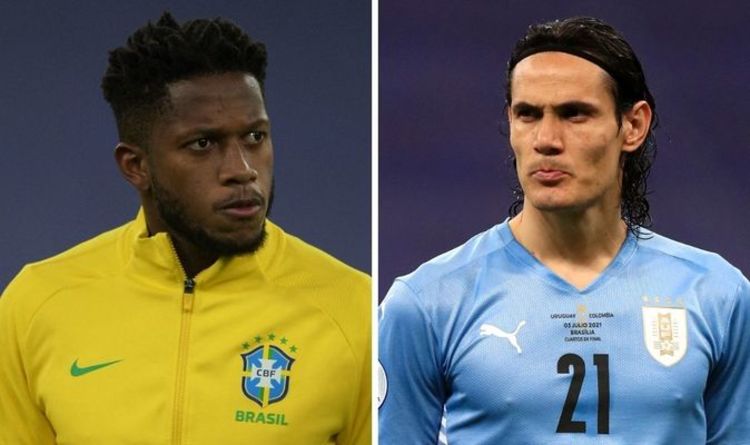 Manchester United believe they will be without both Edinson Cavani and Fred for the trip to Leicester when they next return to action, duo to the South American duo’s international commitments. Premier League clubs are expecting yet more problems when their players return to England following last month’s shambles which saw a number of Brazilians hit with a five-day ban – which was later scrapped – for failing to report for international duty.

Furthermore, Argentine quarter Emiliano Martinez, Emiliano Buendia, Giovani Lo Celso and Cristian Romero were all ejected from Brazil after they failed to completed quarantine upon entry to the country.

United were keen to put their foot down last time around and they prevented frontman Cavani from linking up with the Uruguay squad ahead of World Cup qualifiers with Peru, Bolivia and Ecuador, all of which were on the red list.

Nonetheless, Cavani will be linking up with the national team this time around but the fixture schedule means he is unlikely to be ready to face Leicester on October 16.

Brazil take on Uruguay next Friday in the early hours of the morning (1:30am UK time) and according to BBC Sport, United are now preparing to be without both Fred and Cavani for the trip to the King Power Stadium the following day.

Thankfully, there was no Brazil call-up for Alex Telles despite his impressive strike in the 2-1 win over Villarreal in the Champions League at Old Trafford.

Last month, Cavani made it clear he was frustrated by the lack of support Premier League players have received from FIFA when it comes to representing their countries during the pandemic and traveling back across the world.

“We are exposed to decisions that are made in the organisations of some tournaments and leagues, and any of the two decisions [traveling or not] would be bad for us,” El Matador said.

“We don’t get rich playing for our national teams. We have a commitment with ourselves and a moral commitment to defend our country.

“We don’t get rich by wearing the shirt of our national teams.”

Cavani’s absence against Leicester is yet another set back for the seasoned veteran, who has endured a challenging start to the campaign.

The 34-year-old made his first start of the season in the 1-1 draw with Everton before the international break as he looks to build some momentum in order to help Ole Gunnar Solskjaer’s side.

Yet despite his frustration, Cavani is experienced enough to know he will get his chance to make his mark over the course of a long old season.

In reference to his lack of game-time, he told El Observador: “Those are things that happen, a lot of debate is created, but football is football and you don’t have to turn it around too much, it’s not because one or the other is there.

“The important thing is to be prepared for when it’s your turn, you always want to play, he wants to be there forever, but that is not going to change my way of thinking or acting.”

Cavani has arguably suffered most in light of Cristiano Ronaldo’s return to the club and the former PSG goal machine also gave up the No 7 shirt for the Portuguese icon.

He remains determined to help the team whenever he is called upon, adding: “In football, you have to always be ready. It’s one of the keys at the top level.

“The league has just started and I have needed to be, not quite like last year, but I’m there to be a part of it.” 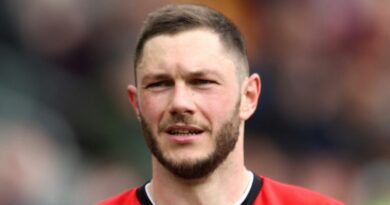 Gundogan says he 'would be ok' if Liverpool were handed title