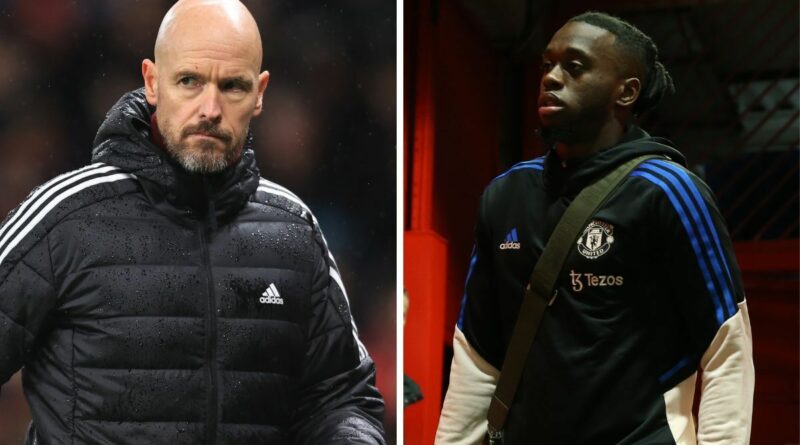 Manchester United manager Erik ten Hag has settled on his right-back priority in 2023 amid rife speculation over Aaron Wan-Bissaka’s future. The Red Devils have been strongly linked with competition for Diogo Dalot at the start of Ten Hag’s tenure, but their focus is on something other than an incoming player.

Dalot has cemented his status as United’s first-choice right-back over the last 12 months under Ralf Rangnick and the newly-appointed Dutchman.

He started every game before the World Cup and impressed while representing Portugal in Qatar before suffering a hamstring injury.

Wan-Bissaka’s reduced role has seen him heavily linked with an exit, with Crystal Palace, West Ham United and Wolves among his Premier League suitors.

However, according to Fabrizio Romano, while United have scanned the market for replacements, the club’s primary focus is to quickly tie Dalot down to a long-term contract.

He told GiveMeSport: “From what I’m told, United have had many conversations with agents, but it depends on Wan-Bissaka.

Dalot’s hamstring issue has left him out of United’s two return games, comfortable wins against Burnley and Nottingham Forest at Old Trafford.

And while Wan-Bissaka has stepped in without putting a foot wrong, substantial doubts linger over his place in Ten Hag’s rebuild plans.

If an enticing offer arrives in January, United will likely sanction the £50million flop’s departure and move to recruit a replacement.

That said, all eyes are currently on ensuring Dalot commits his long-term future to the club after becoming a crucial star in M16.

Jose Mourinho signed Dalot as a 19-year-old in 2018, labelling him Europe’s best full-back in his age group.

But the Portugal international struggled to adapt after his £19m arrival, making just 13 Premier League starts across his first two seasons in England.

Many thought his United career was all but over after Ole Gunnar Solskjaer shipped him to AC Milan on loan for the 2020/21 campaign. However, the San Siro stint rejuvenated his promising career.

It didn’t take long for him to replace Wan-Bissaka in United’s defence after Solskjaer was sacked and his personal loyalties dissolved.

He is thought to be happy to continue his stay at Old Trafford, and his new contract could be confirmed as early as January. 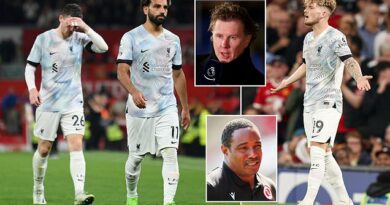 Liverpool have been 'papering over the cracks', says Steve McManaman