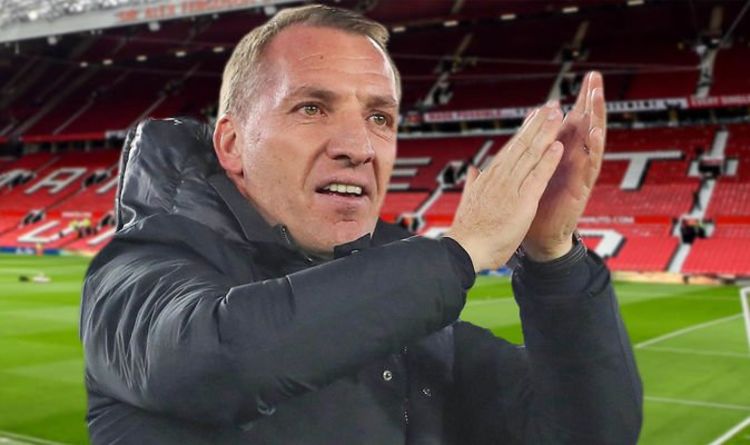 Manchester United are Manchester United. While they’re stuck in a rut under Ole Gunnar Solskjaer right now, they’re still one of the biggest football clubs in the world. And that’s why the possibility of Brendan Rodgers moving to Old Trafford to take over can’t be ruled out, despite his commitment to Leicester.

Jadon Sancho was signed from Borussia Dortmund, with the England international moving to Old Trafford after four years of intense speculation.

United were then successful in securing the services of Raphael Varane, a decade after Sir Alex Ferguson had first tried to bring the Real Madrid hero to the club.

And, on deadline day, United were able to finally bring Cristiano Ronaldo back 12 years after his departure to Real Madrid.

So far, however, Solskjaer has failed to get the best from his star-studded squad with United toiling on all fronts.

They’re already nine points behind Chelsea in the race for the Premier League title, with the Blues far superior under Thomas Tuchel.

United have also exited the Carabao Cup, with the Red Devils going out of the competition to West Ham in September.

And, had it not been for Ronaldo’s exploits in the Champions League, they’d almost certainly be facing elimination from that tournament too.

Right now, United have lost six of their last 12 matches under Solskjaer – leading to scrutiny over his position as manager.

And Rodgers is seen as the frontrunner to take over at the fallen Premier League giants, despite being committed to Leicester.

The Northern-Irishman made it clear last month that he was happy at the King Power Stadium, saying: “I don’t even think about it – and that’s the brutal honesty.

Yet while Rodgers is happy at Leicester, United’s status as one of football’s superpowers could be too tough for the Northern-Irishman to turn down.

Sure, they’ve regressed in the years since Sir Alex Ferguson walked off into the sunset for the last time.

David Moyes, Louis van Gaal, Jose Mourinho and Solskjaer have all failed to get the best from their players at Old Trafford.

But United are United. And it’s arguable that they’re now in a position to challenge for the game’s biggest prizes given the players they have at their disposal.

But United now have strong options in virtually every position, something that would make them attractive to managerial targets.

Rodgers would inherit a top goalkeeper in David De Gea and world-class centre-backs in the shapes of Varane and Harry Maguire.

In midfield, he’d get the likes of Bruno Fernandes, Paul Pogba and Donny van de Beek to do his bidding.

And Rodgers would inherit a United side blessed with forwards ranging from Ronaldo to Marcus Rashford, Sancho to Edinson Cavani.

Another powerful bait United have is their status as fallen Premier League giants.

That, after all, helped convince Rodgers to take over at Liverpool following Kenny Dalglish’s departure in 2011.

And the chance to steer United back to the top, establishing himself as one of the best managers in the game, could be extremely powerful when it comes to bringing the Leicester boss in.

For now, Rodgers is expected to stay at Leicester.

Yet United are circling and, should the situation under Solskjaer worsen, the Leicester manager can expect a phone call.