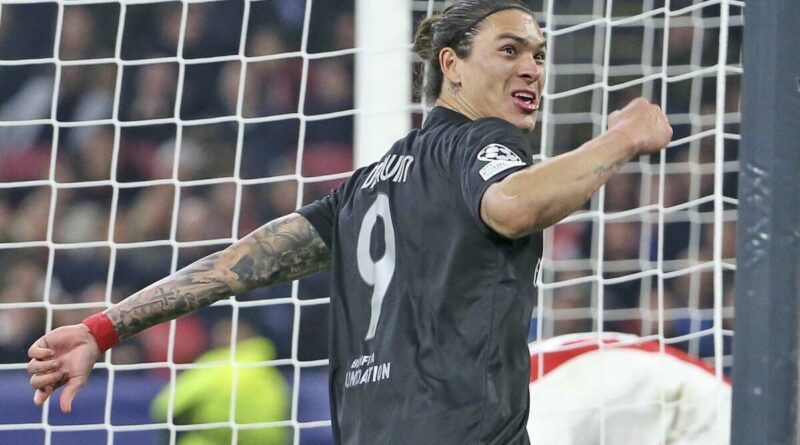 Manchester United have apparently lodged a huge swap deal offer for Benfica striker Darwin Nunez. The Uruguay international was in outstanding form last season, netting 34 goals across all competitions. And, now, a summer move to Erik ten Hag’s side appears to be edging closer.

Manchester United are losing Edinson Cavani this summer, while the futures of Mason Greenwood and Anthony Martial are also shrouded in uncertainty.

It’s stated that a bid of £64million up front has been submitted, with the Red Devils also willing to pay a further £17m in bonuses.

Until recently, the Brazil international had been expected to join Flamengo on a permanent basis – having spent the last two years there.

But, now, he could be set for a move to Portugal instead.

With Pereira valued at around £8.5m, it means the overall cost of the transfer would be in the region of £90m.

And it seems United are pushing ahead with plans to sign Nunez, who is regarded as one of the hottest talents in European football at the current moment in time.

Historically, the Red Devils have a good record when it comes to signing players from Portugal.

In 2003 they landed Cristiano Ronaldo, with the Portugal international winning three league titles during his first stint at Old Trafford.

Nani wasn’t bad either, with the forward claiming four titles himself upon moving from Sporting Lisbon four years later.

While Anderson didn’t fulfil his potential, he was still a good asset during Sir Alex Ferguson’s time in the dugout.

Victor Lindelof has been a solid, if unspectacular, player for United since moving from Benfica five years ago.

And Nunez will be hoping to be an Old Trafford success story if, as expected, he ends up moving to the Premier League.

Should a move materialise, he could challenge Ronaldo for a starting berth.

But it’s also possible he’d be deployed alongside the 37-year-old, who scored 24 goals across all competitions last term.

Regarding a potential shirt number, there are two standout options.

The No 9 is primed to become vacant, with United eager to get Martial off their books after seven inconsistent years at Old Trafford.

And with Greenwood suspended, the No 11 is another possibility.

Previously worn by club legend Ryan Giggs, United stars since have struggled with that burden of responsibility.

But Nunez, given his goalscoring exploits for Benfica, appears to have the talent to play at the highest level.

“I think that he is a very good player, a good kid who is doing really well at Benfica and is enjoying a strong season,” he said recently.

“It is not just the Portuguese league where he is doing well but in the Champions League too.

“He is a player who has a lot of potential and he could fit in at Manchester United.

“But obviously, everyone needs to have patience, although he is getting better with more and more experience.”

Oli McBurnie gets a threatening letter from Cardiff fan 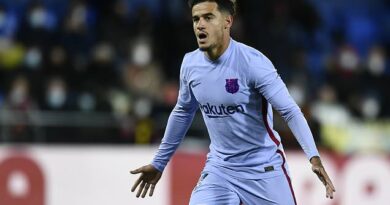