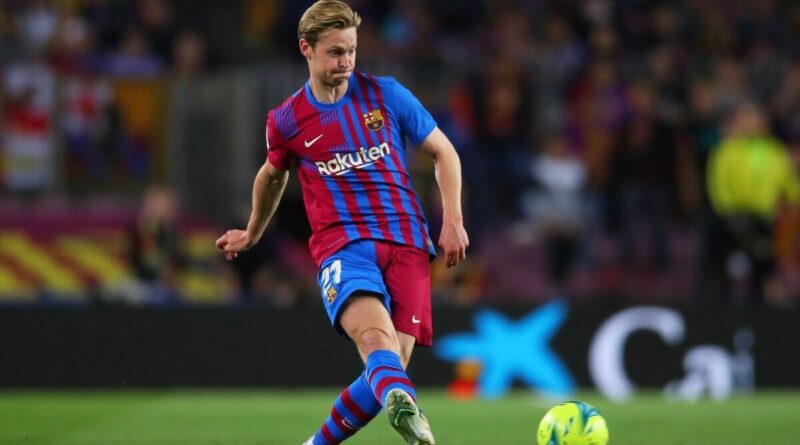 Manchester United are hopeful that their latest bid for Barcelona midfielder Frenkie de Jong will be accepted despite falling short of their asking price, according to reports.

De Jong has been linked with United ever since Erik ten Hag took over the club at the end of the season. Having played under the former Ajax boss in Amsterdam, United’s new manager is said to be doing all he can to bring his former maestro to Old Trafford as his first major signing.

A deal has yet to be agreed so far with United’s opening bid falling desperately short of what Barcelona deem to be acceptable. However, according to 90min, United are prepared to increase their offer to around £60million [€70m], with another £8.5m [€10m] to be achieved in add-ons – which they hope will be sufficient to tempt the Dutch talent to the club.

The report states that despite the Blaugrana’s asking price being £73.1m [€85m], they are confident that the new bid will be enough to seal the deal on a transfer. With Nemanja Matic, Paul Pogba, Jesse Lingard and Juan Mata all departing on free transfers this summer, midfield reinforcements are imperative at Old Trafford given that the club only have five senior options at the moment.

De Jong has previously stated that he is happy to stay in Spain, but with financial ruin still hot on the minds of Barca chiefs, they may look to sell the former Ajax star to allow their wage budget to breathe and register new signings. United have supposedly offered De Jong a similar wage to what he earns at the Nou Camp, and personal terms should not be an issue should talks reach that stage.

He would like to link up with his former boss, with Ten Hag telling United chiefs as such over the past week in a bid to convince them to splash the cash. The Netherlands international would become one of United’s highest-earning players upon his arrival, with Cristiano Ronaldo and David de Gea the only players ahead of him.

And after he joins, the club will look to tie up other targets in their bid to qualify for the Champions League once again. Elsewhere, Brentford hero Christian Eriksen and Ajax defender Jurrien Timber have been linked as the latter looks to reconcile with his former boss – although he is leaning toward staying in Amsterdam ahead of the World Cup.

United CEO Richard Arnold earlier last week admitted that the club had “burned through cash” in recent years. “We have spent £1billion on players, more than anyone in Europe. I am not thrilled with where we are and it does not sit easily on whether we can get sorted for the future,” Arnold told fans in a secretly-recorded video.

“But what happened is we f***ing burned through cash. You can’t go to our training ground and ask where the £1billion is because I don’t think we have done well with the money we have spent historically. I’m not here to defend Joel Glazer, he can only speak for himself. I want to talk you, you have come here to make your views known and I respect that.” 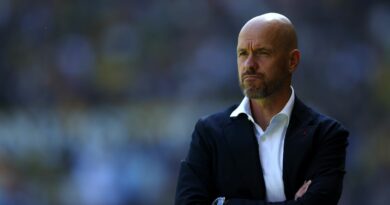