Manchester United icon Paul Scholes has labelled the club ‘unrecognisable’ on social media after Tuesday’s 4-0 defeat against Liverpool at Anfield. Scholes has been left ‘saddened’ by United’s current woes as a calamitous campaign stumbles toward its conclusion.

United arrived on Merseyside with little expectation of a win amongst fans, but not many would’ve predicted the gutless manner of their second drubbing against the Reds this season. It was not much of an improvement on the display they produced in a 5-0 defeat at Old Trafford in October.

Liverpool have dominantly reclaimed the perch that the likes of Scholes, Ryan Giggs, Gary Neville and Wayne Rooney fought so hard to steal off them under Sir Alex Ferguson. Jurgen Klopp’s side are also on course to replicate United’s never-before-matched treble success in 1999 and could even better it with a first-time-ever quadruple.

And Scholes has shared his disgust, taking to Instagram to tell the club to finish eighth, miss out on European football and give new manager Erik ten Hag time to save them from their ‘unrecognisable’ state. Accompanied by a graphic of Ten Hag and Old Trafford, he wrote: “Finish eighth and give this man the time he needs. Saddened by what’s happening. Unrecognisable football club.”

Slumping to an eighth-place finish would guarantee that United won’t have any European football to distract them next season, with seventh the final spot for English clubs – to gain entry to the Europa Conference League. It would take an almighty fall for that to happen, though, with Wolves currently five points behind.

The Glazers won’t be content with Scholes’ suggestion either, with European qualification likely deemed imperative if Ten Hag is to receive the funding he needs to start a much-needed rebuild this summer. And qualifying for the Champions League unbelievably isn’t out of the question yet, due to Arsenal and Tottenham’s inconsistency.

United are just three points behind fourth-placed Tottenham, but Antonio Conte’s side boast a game in hand. Ralf Rangnick and Co. are level on points with Arsenal ahead of the Gunners’ trip to Chelsea on Wednesday, and it could remain that way going into Saturday’s clash at the Emirates Stadium.

United face Chelsea themselves after Arsenal, but defeat in north London this weekend would all but end their top-four aspirations altogether. One thing is for certain; before Ten Hag’s arrival, the Red Devils must respond to their latest low point and finish a disastrous season on a positive note. 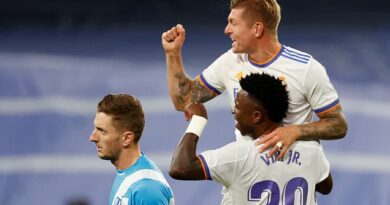 Real Madrid 2-1 Rayo Vallecano: Kroos and Benzema are both on target 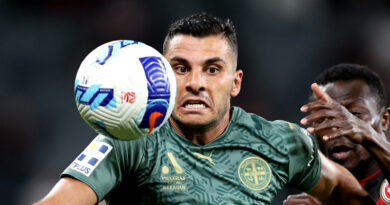 City cruise to victory after another Wanderers disaster-class