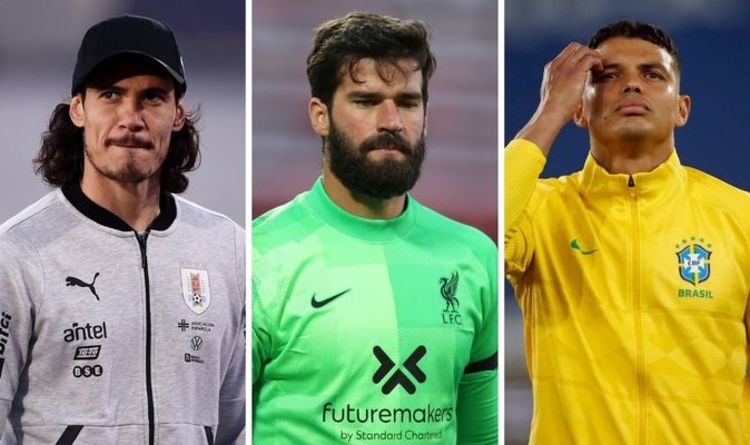 Manchester United, Liverpool, Chelsea, Manchester City, Leeds and Aston Villa have all joined forces to lay on a private jet for their Brazilian and Uruguayan international stars in order to race them back for this weekend’s Premier League matches, reports claim. The nine players that are affected were not expected to feature this weekend due to the quick turn around but now there is hope for all six clubs as they await the return of their South American continent.

Brazil are due to face Uruguay in a World Cup qualifier in the early hours of Friday morning UK time and the scheduling of the fixture has already caused upset back on English shores.

Nonetheless, Premier League clubs were more understanding knowing that some of their rivals were also set to effected.

United had already initially ruled Edinson Cavani and Fred out of their trip to Leicester on Saturday.

But now the Red Devils are set to reassess the situation when the pair return to England.

The Daily Mail are now reporting that the Premier League teams have clubbed together to lay on a private chartered jet that will race the players back to England straight after their matches.

Social distancing will be practised on board while masks must also be worn at all times.

It’s not the first occasion rival Premier League players have travelled together in recent months.

Aston Villa duo Emiliano Buendia and Emiliano Martinez joined Tottenham pair Giovani Lo Celso and Cristian Romero last month to fly out to Brazil to represent Argentina before they were evicted from the country, before heading straight to Croatia to quarantine.

Liverpool’s Brazilians Fabinho and Alisson face a race against the clock to make the Reds’ 12:30pm kick-off at Watford on Saturday.

Jurgen Klopp is not expected to pick either player, with both highly likely to return to Merseyside ahead of the Champions League trip to Atletico Madrid in midweek.

Manchester City, United, Leeds and Aston Villa are all playing at 3pm on Saturday meaning the turnaround is also tight for the likes of Ederson, Gabriel Jesus, Raphinha and Douglas Luiz.

Thiago Silva could also feature for Chelsea at Brentford in the 5:30pm tea-time kick-off.

Following alterations to quarantine regulations, any player visiting red-list countries was originally ordered to isolate for 10 days upon return to the UK, providing they were double-jabbed.

But the agreement means players can take a break from quarantine to play a match or train.

Yet the Brazilian and Uruguayan internationals are now set to benefit from the red-list alterations.

A host of other Premier League stars including Villa goalkeeper Martinez, Newcastle’s Miguel Almiron and Tottenham’s Lo Celso have also been given the all-clear.

The red list is now down to just seven countries with Argentina, Uruguay and Paraguay now all removed. 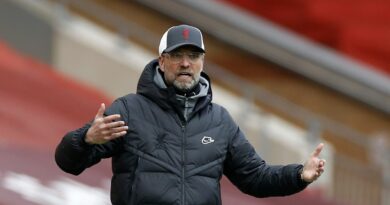 Jurgen Klopp admits Liverpool crisis is one of his lowest moments