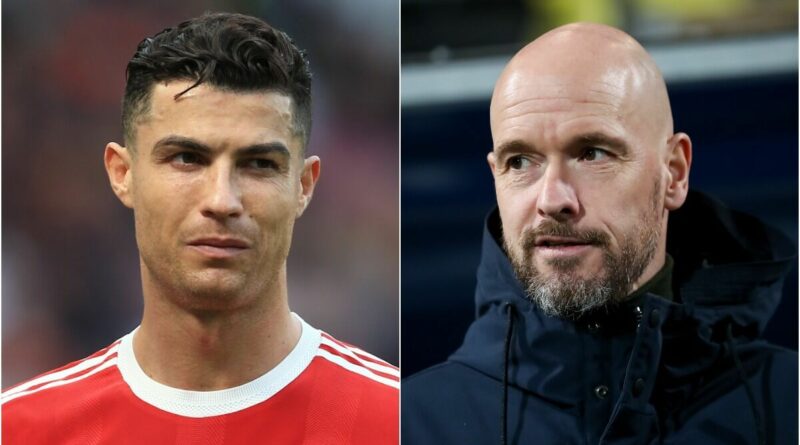 Manchester United may be about to hire the perfect broker for Cristiano Ronaldo and Erik ten Hag’s relationship with the Dutchman’s Ajax assistant, Mitchell Van der Gaag, boasting ties to the icon’s native Portugal. Many questions loom over Ronaldo’s future not just in terms of a United exit, but how he could gel with the incoming boss and the tactical plans he will put in place if he decides to stay.

Ronaldo’s return has been a massive storyline in Man Utd’s season. For many fans, his reunion with the club after a 12-year absence was the highlight of last summer’s bumper transfer window.

Plenty have doubted his contribution to the side given their collective struggles this season, but he continues to answer them with goals as he did last time out with a hat-trick against Norwich City. Speculation suggests that he could look for a new challenge if the Red Devils fail to finish fourth, although his concrete intentions remain unknnown.

The 37-year-old has more developments to factor in after Ten Hag’s confirmed appointment, with the Dutchman set to bring a new personality and implement a new style of play to Old Trafford. Such a meeting of minds does not always run smoothly, although Van der Gaag could be the perfect sidekick to iron out any creases.

As pointed out by De Telegraaf, Van der Gaag was trained as a coach in Portugal and is fluent in several languages, including Portuguese. Having the common ground and language capabilities in his locker is likely to be well-received by Ronaldo, and the rest of his compatriot’s in United’s squad.

Bruno Fernandes and Diogo Dalot could also stand to benefit from Van der Gaag’s time spent as a player and coach in Portugal. The 50-year-old, who became Ten Hag’s assistant at Ajax last year, spent five years as a player with Maritimo and three subsequent years as a coach, before taking the top job at Belenenses.

Ten Hag’s appointment from the start of next season was officially announced by Man Utd on Thursday, and although his backroom staff have not been confirmed, Van der Gaag and former England boss Steve McLaren are believed to be in line for roles. The Red Devils’ incoming boss has the luxury of time to assemble a crack team of staff members ahead of what promises to be a pivotal summer.

Interim boss Ralf Rangnick is expected to step aside from his touchline duties and take up a consultancy role, as was the case in the initial agreement that brought him to Old Trafford. The German has proven himself adept in behind-the-scenes capacities before, and United hero Gary Neville believes that his information gathering mission over the past few months could come as a huge benefit to the new boss.

“You imagine what he’s doing now is information gathering,” he told Sky Sports last month, “He’s come in with a six-month contract with a view to consulting for the next two years on restructuring the club. He’s going to pass on the information.

“United have thought, ‘well this guy is going to come in and do restructuring behind the scenes, we’ll actually put in him for five months until the end of the season, view the club from the inside, within the dressing room, see what the players are like’.”