Manchester United could lose Anthony martial with Jorge Mendes reportedly attempting to engineer a move to Paris Saint-Germain. The forward has blown hot and cold during his time at Old Trafford. And he may struggle for regular action in the wake of Cristiano Ronaldo’s blockbuster return.

Manchester United signed Martial back in the summer transfer window of 2015, after losing Radamel Falcao and Robin van Persie.

And he initially took the Premier League by storm, starring in victories over Liverpool and Southampton.

However, Martial has often struggled for consistency during his time at United.

After netting 23 times in the 2019/2020 campaign, he then struggled by scoring just seven goals across all competitions last term.

With Ronaldo now on board, he may struggle for regular game time as he enters the peak years of his career.

And Spanish outlet MadridistaReal have now claimed that Mendes is trying to broker a move to PSG for Martial, at a time where Kylian Mbappe’s future is up in the air.

Real Madrid haven’t given up on signing Mbappe before the transfer window slams shut.

And the publication said on Twitter: “Mendes acts as an intermediary trying to take Martial to PSG, something that is extremely complicated.

“The Portuguese already intervened in his [Ronaldo’s] signing for United.

“Madrid continues without an answer from PSG and, at this time, without chips, it assumes that the arrival of Mbappé is very difficult.”

While that appears to be the case, it’s still hard to imagine United letting Martial go.

The Frenchman has had his issues but Ole Gunnar Solskjaer still believes he can turn his career around to become an integral asset.

The question is, though, what role is Martial best-suited to?

He’s been used as a striker but with Ronaldo, Mason Greenwood and Edinson Cavani all capable of leading the line, he may struggle to nail down a starting berth.

And while he was used on the flanks by Jose Mourinho, Martial always preferred to play down the middle instead.

Meanwhile, speaking recently, Tim Sherwood name-dropped the Frenchman when talking about players who could leave after Ronaldo’s departure.

“I think a few players will need to go,” he said.

“They need to hand in a 25-man squad, there’s a few there who are not getting in the squad.

“Jesse Lingard misses out, I think he needs to go and play for West Ham.

“He had a great time there last year, he looked like he wanted to go and play football and he was outstanding. I think it’s his time to leave the club.

“I think Daniel James might leave as well. Leeds are chasing him and he played well against them in the first game of the season.

“It was a great rehearsal for him. He’s got outstanding pace and directness. I think he’ll be another one [who leaves].

“For me, Anthony Martial will be moved on.

“If they’ve got a home for Martial and they can get the right money, I think they will shake hands and say it never worked out.” 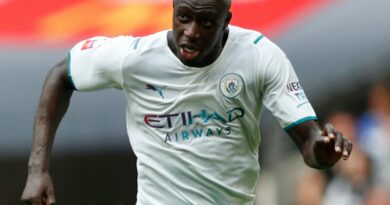 West Brom and Leeds go wild as they celebrate promotion

Juan Mata says it is time for optimism at Man Utd