Manchester United’s failure to sign Jude Bellingham has now been confirmed. Ole Gunnar Solskjaer’s side had been hoping to land the 17-year-old from Birmingham City after watching him shine in the Championship. Now, however, the teenager’s move to Borussia Dortmund has been announced.

Dortmund announced on Monday that they’d won the race for Bellingham, with the youngster moving to the Westfalenstadion in a £26million deal.

The 17-year-old was delighted at the announcement, saying: “I can’t thank Birmingham enough for what they have done for me, not just this past year but since the age of seven.

“Of course I wish everyone associated with the club nothing but the best. Once a blue always a blue.

“However, I’m incredibly excited to have joined one of Europe’s biggest clubs. The direction they are heading in and how much they help to improve young players made it an easy decision for myself and my family.

“I can’t wait to perform in front of all the fans when they are back inside one of the most beautiful stadiums in the world.”

For United, missing out on Bellingham was a blow. But Express Sport will now look at three wonderkids who stand to benefit from the Dortmund deal. 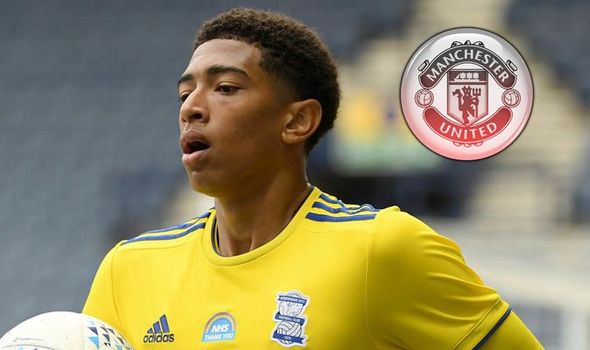 And the youngster is highly-rated behind the scenes at Old Trafford, despite being limited to just six appearances.

Had United signed Bellingham, it would have made Garner’s path to the first-team that bit more trickier.

With Paul Pogba, Nemanja Matic, Scott McTominay, Fred and Bruno Fernandes all capable of playing in the middle, it’s already a big ask.

But Garner’s chances of making the side in the future have now been boosted and a loan spell away next season could help him make the breakthrough. 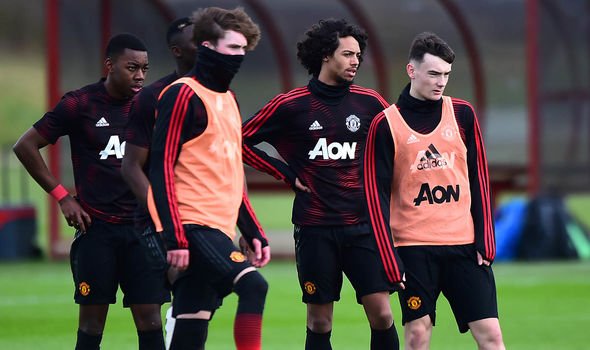 Like Garner, Dylan Levitt is also set to be loaned out next term.

But he’s another who will benefit from the club’s failure to land Bellingham in this summer’s transfer window.

The midfielder has impressed at youth level over the years and a bright future has been mapped out for him.

Also like Garner, he will now hope to secure more minutes without Bellingham in the squad competing for a starting berth.

United have been keen to keep Hannibal Mejbri under the radar.

But that’s been pretty difficult, with the 17-year-old’s talent shining through at academy level.

He was nearly fast-tracked to the team in January, shortly before the arrival of Fernandes from Sporting Lisbon.

Compared to Roy Keane and Paul Scholes, because of his leadership skills, he’s got a bright future ahead of him.

And he won’t have Bellingham fighting to make the cut as well.

Atalanta face their date with destiny against PSG in Champions League