Man United in 2021: Ronaldo's return, Ole out and Rangnick revolution

Manchester United’s 2-2 draw with Aston Villa at the weekend was a prime example of the state that the club are in at the moment. Their first-half performance was dominant and controlled, but when the momentum shifted in the latter stages of the tie, they self-destructed.

After Bruno Fernandes scored on either side of half-time, Jacob Ramsey’s goal in the 77th minute gave Villa a glimmer of hope.

And the goalscorer turned provider just five minutes later as he broke through the Red Devils defence and fizzed a great cross to the back post for Philippe Coutinho to convert from close range on his Villa debut.

Questions have, understandably, been raised about the performance, which was quite literally a story of two halves.

Marcus Rashford did not feature in the match due to a dead leg, but the Englishman’s poor form is a cause for concern amongst United supporters, and some feel that the lack of natural leaders in the dressing room is causing the winger to get caught up in a rut.

JUST IN: Everton’s four next manager options as Rafa Benitez ‘to lose job’

However, that could be solved if the Red Devils bite the bullet and spend big on West Ham midfielder Declan Rice, who has been dubbed a ‘modern-day Roy Keane’ by many and thus may be able to bring the best out in Rashford.

Speaking to talkSPORT, former United star Teddy Sheringham said: “Couple of weeks ago when Rashford was already having a tough time, I saw him try to do a shoulder pass.

“The ball came over and laid a little header into someone’s path and the game goes on.

“He’s trying to do a little shoulder pass and if you’re having a good time, it comes off. In my day, there would have been a senior professional who would have said: ‘Oi, what the hell are you doing? Get hold of the ball, lay it off and get back into this game’.

“That would bring you back down to earth but it doesn’t seem like there’s anyone at Man United demanding that. Perhaps a Roy Keane, if he was still captain he’d be doing that.”

Rashford has scored just twice so far this season in 11 appearances and, according to Keane, recently has ‘looked lost’ and like ‘the lights were on but there was nobody at home’.

It is no secret that interim boss Rangnick will be looking to bolster his options in this month’s window, and it could take an injection of cash in the heart of the team to turn things around at Old Trafford.

The unsolved issue of having no true strength in midfield saw Ole Gunnar Solskjaer sacked, and the former RB Leipzig boss will be hoping he will not face the same fate embarrassingly before the end of his six-month deal.

England international Rice has been linked with a move to the Theatre of Dreams for several years, with his ability and mentality drawing plaudits as the type of character that could captain United back to their glory days.

The 23-year-old was valued at £100m over the summer but Hammers boss David Moyes insisted earlier this season that the midfielder is no longer available at that price, and it is clear to see why after Rice’s impressive performances in the Europa League of late.

If United are to bring the very best out in Rashford, it is characters like Rice that are needed. The winger possesses immense potential and natural ability, but without the necessary voices around him, he is struggling and potentially feeling the effects of United’s bad form.

Although it will set the Red Devils back a significant amount, they could lay the foundations of a very successful side by acquiring the services of Rice and handing him the captain’s armband. 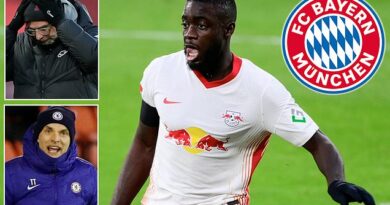