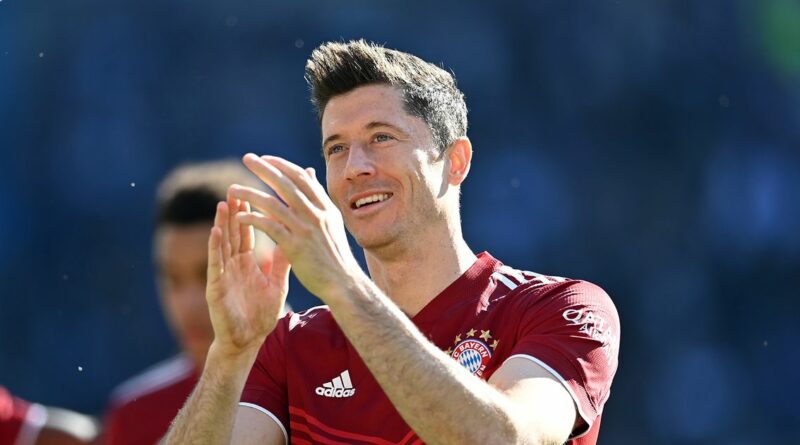 Manchester United are ready to take on Chelsea in pursuit of Robert Lewandowski.

The prolific Polish hitman, 33, wants out from Bayern Munich this summer – with a cut-price transfer to Barcelona his dream destination. But United and Chelsea, who are both intent on shaking up their respective attacks this summer, believe Lewandowski may not get his way.

Even if they are prepared to sell their hitman, Bundesliga giants Bayern are demanding a fee of £40m plus and that is a massive problem for the cash-strapped Catalans.

According to Spanish football president Javier Tebas, Barcelona have no chance of sealing a deal of that amount, without breaking the financial regulations now operating in La Liga.

They need to clear the decks of expensive, surplus-to-requirement talent before they can broker any incoming deals. However, that does not mean Lewandowski, 33, will end up staying in Munich to run down the last year of his contract.

The breakdown in his relationship with the German champions has sunk new depths in recent days amid a public slanging match with their head coach Julian Nagelsmann.

Hence, Bayern’s ongoing pursuit of Liverpool striker Sadio Mane as they search for a world-class replacement. And it’s why United have now joined Chelsea in the Lewandowski race.

Who will Robert Lewandowski join this summer? Let us know in the comments section below.

The Reds are reeling at the missing out on top striker target Darwin Nunez, with the Benfica man set to sign for bitter-rivals Liverpool.

Whether United will fare any better over Lewandowski, who has cracked a remarkable 344 goals in 374 appearances for Bayern, is debatable.

Without the lure of Champions League football, United and their new boss Erik ten Hag are finding it tough going in the transfer market.

Not that Chelsea can make any quick move for Lewandowski – until they off-load £97.5m club-record buy Romelu Lukaku. That’s proving far from simple as his former club Inter Milan cannot afford to buy him back outright.

Lukaku, 29, will have to take a massive cut in his £450,000 weekly Blues salary, while Inter want him on a two-year loan deal, with an option to buy the Stamford Bridge flop at the end of that period.

That delay, along with Barcelona’s continuing financial plight, could open the door for United to pounce for Lewandowski’s services.

Ironically, though, their determination to take Frenkie de Jong from the Nou Camp – for around £70m – may prove key to the Spanish club raising the cash for the Bayern star.

Shearer, Ronaldo and Gascoigne among 10 stars who got away from United