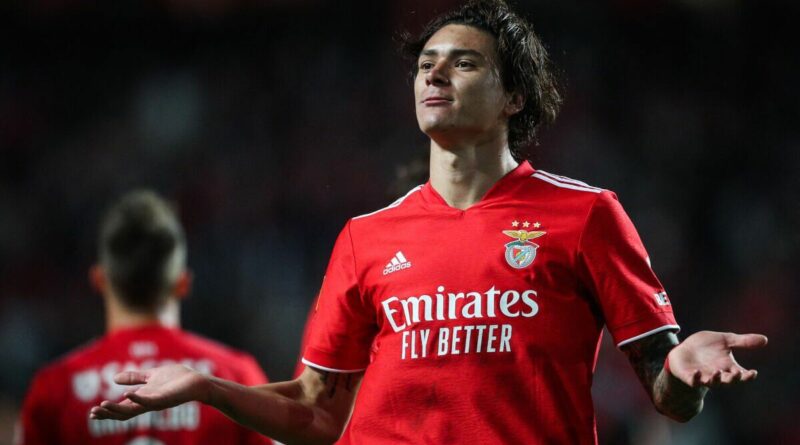 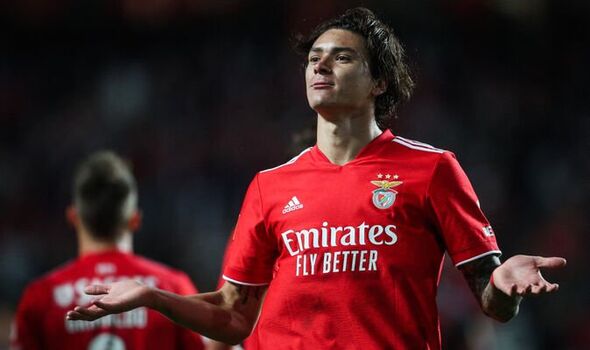 Manchester United could be set to miss out on Darwin Nunez after learning that Liverpool are reportedly close to striking a deal with the prolific Benfica star. Losing out to the Reds would see United continue a worrying trend of being beaten to signings by their rivals as they continue to lag behind Jurgen Klopp’s side.

United are desperate to sign a new striker this summer to ease the scoring burden on a 37-year-old Cristiano Ronaldo. Nunez had been earmarked as a potential arrival in discussions between new boss Erik ten Hag and the Red Devils hierarchy.

However, Benfica’s huge £85million valuation and more enticing options for the Uruguayan elsewhere could see United miss out on a deal. Liverpool are believed to have entered the race as they seek to replace Bayern Munich-bound Sadio Mane, with several reports on Wednesday suggesting that a transfer agreement could be close.

It would not be the first time that United have missed out on a transfer to Liverpool in recent years, and would further evidence the growing gap between the Premier League giants. The Merseyside outfit pipped United to a couple of key signings. The trend started with Mane in 2016.

The Senegalese forward had just enjoyed a successful season with Southampton, scoring 15 goals across all competitions. United were linked with Mane for most of the summer but Liverpool gazumped a deal. Mane recently revealed how close he came to arriving at Old Trafford.

“I have to say, I was really close to going to Manchester United,” he told the Telegraph. “I had the contract there. I had it all agreed. It was all ready, but instead I thought, ‘No, I want to go to Liverpool’.” Two years later, United wanted to sign a defensive midfielder and earmarked then-Monaco ace Fabinho for the role.

But, once again, it was north-west rivals Liverpool who won the race to sign the Brazilian.  Liverpool paid around £39m for Fabinho, who has won a Champions League and the Premier League with the Reds, while United turned their attention to a £52m deal for fellow Brazilian Fred.

“I was never close to signing for Manchester United, no. I heard things said about it, but the truth is it was never a strong possibility,” Fabinho later said in an interview with FourFourTwo magazine.

“I won’t deny there were a few conversations about my situation with Monaco, but there was never an official offer from United.”

United had also been tenuously linked with both Virgil van Dijk and Harvey Elliott before they completed moves to Liverpool, in January 2018 and the summer of 2019, respectively. The trend seems set to continue with Nunez.

According to The Times, Liverpool are incredibly interested and a deal will come down to the price. Benfica want around £85m for the player, who struck twice against the Reds in the Champions League last season – and scored 34 times in total.

It will leave United looking elsewhere for a new striker. Ronaldo was forced to carry the scoring responsibility last term, bagging 24 goals in all competitions. Mason Greenwood was the Red Devils’ next highest-scoring forward – scoring six times.