Manchester United have received an approach from Bayer Leverkusen for Brandon Williams ahead of the January transfer window, according to Sky Sports News. The defender has struggled for minutes at Old Trafford this season, with Ole Gunnar Solskjaer instead regularly calling upon Luke Shaw and Alex Telles. And he could now secure a shock move to the Bundesliga in the New Year.

Solskjaer gave Williams his debut last season, with the England international making 36 appearances across all competitions for the Red Devils.

However, since the arrival of Telles, the 20-year-old has struggled for minutes.

Solskjaer often chooses Shaw at left-back, with the former Southampton star finally achieving some form of consistency after years of blowing hot and cold.

Telles is currently backup and that means that Williams could now be primed to depart, albeit on loan.

Leverkusen have enjoyed a terrific Bundesliga campaign so far, amassing 28 points from 13 matches to sit only behind Bayern Munich at the top of the table.

Earlier in the year, Williams opened up on his time in the United academy. 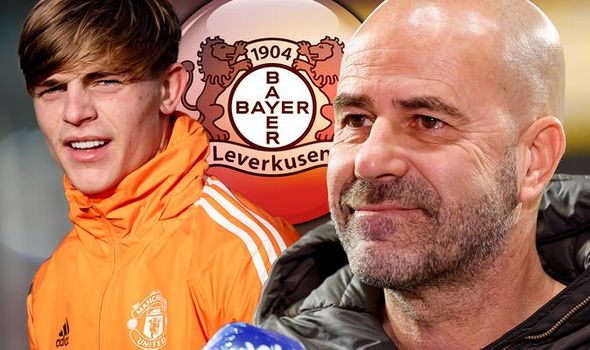 And he revealed he was often jealous of his peers, such as Mason Greenwood and James Garner, saying: “I went to The Cliff when I was seven and met everyone, some of them are even my closest mates now.

“Some have stayed and some have gone but I’m still really close with them.

“From then on it’s just been year by year, getting through each year and making sure I get a contract for each year and then obviously getting to be the player I am now.

“My dad took me to my first game at Old Trafford and I just fell in love with it. 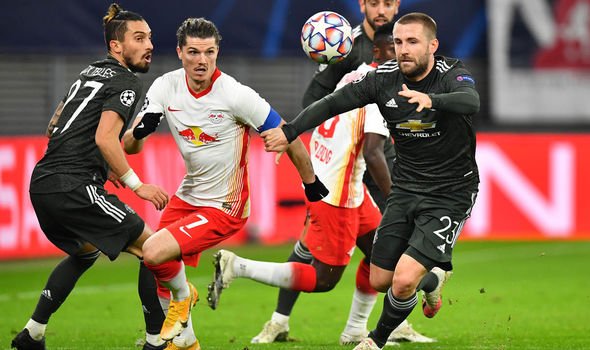 “Mason’s always been there [as one of the best players]. James Garner he was up there as well. There are a few players who are not here as well now.

“I was jealous at the time because they were skilful and everything. I think that’s why I went further back, because I was a striker but now I’m a defender.”

“There were about three players at right-back and only one at left-back,” the 20-year-old continued.

“It started to get natural to me and comfortable to me. Now it’s a weapon for me because I can play on both sides, so it’s an option for me.”

Williams also elaborated on his mentality, adding: “I was in the youth team squad and at that time there was many great players there so when I’ve gone over it’s been a real shock.

“It’s obviously nerve-wracking but you’re just excited to be there. People don’t really expect anything of you, so you just need to go out there really and show what you can do.

“I was flying in [into tackles] everywhere, I got a few to be honest.

“When you get that opportunity you want to impress and show the manager what you’re like, that’s the best thing you can do.”

Leicester vs Aston Villa on Sky Sports: The biggest Midlands derby in decades?