Manchester United jetted scouts over to France on Tuesday night to watch Moussa Dembele and Boubakary Soumare in action, as Lyon reached the French League Cup final after beating Lille on penalties. Ole Gunnar Solskjaer is beginning to step up his pursuit of the two players who continue to shine in Ligue 1.

Express Sport reported earlier this month that Solskjaer had sent scouts to watch Lille midfielder Soumare in action against Dijon.

Despite getting sent off, it was not a performance that put United off the 20-year-old.

According to The Sun, Solskjaer again ordered his scouts to watch Souamre alongside fellow target Dembele in Lyon.

It was the striker who impressed though, netting in the first half from the penalty spot. 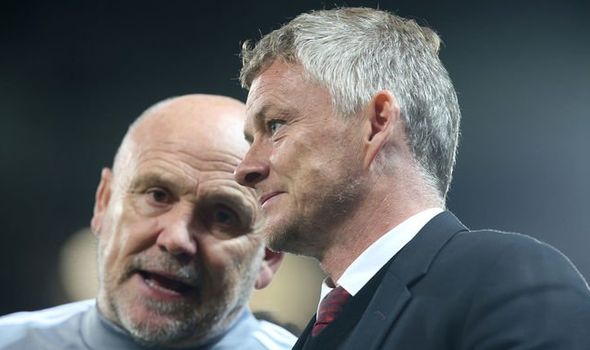 Dembele then backed that up by scoring the first penalty as Lyon won the shootout.

He is a player that United have been scouting since last season as he continues to fire in the goals in Ligue 1.

Express Sport understands that Dembele is also a top target for Chelsea as Frank Lampard looks to bolster his frontline.

The Blues boss is said to have likened the 23-year-old to former team-mate Didier Drogba. 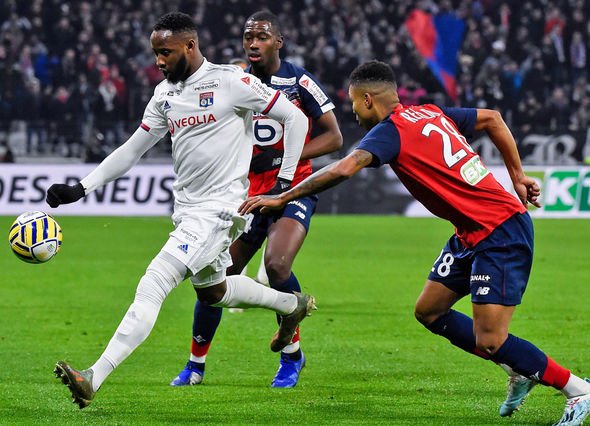 His exit this month could hinge on the future of former Chelsea man Bertrand Traore.

Traore is attracting interest from Bournemouth who are eyeing a deal to increase their chances of survival.

Despite signing Karl Toko Ekambi on loan from Villarreal, Lyon are expected to hold firm when it comes to selling Dembele this month.

The player himself is believed to be willing to stay at the club and hold out for a move in the summer.

ESPN’s French Football expert Jonathan Johnson believes Dembele will understand why Lyon are not willing to do business mid-season.

“I think Dembele would be open to a move to the Premier League, if not now then at the end of the season,” Johnson said on the Sky Sports Transfer Talk Podcast.

“I also think he like everybody else at Lyon will be disappointed with the way things have gone at this moment in time.

“They’re particularly devastated to have lost Memphis Depay and Jeff Reine-Adelaide, two of their better attacking talents to season-ending injuries. That puts the outlook for the rest of this campaign quite bleak really.

“I do think he would welcome a move but I think he’d appreciate at this moment in time that Lyon cannot afford to let him go.”

Frank Lampard orders Derby to get physical against ‘aggressive’ Birmingham

Rangers cannot afford any more slip-ups if they are to catch Celtic, says Stevie Smith
We and our partners use cookies on this site to improve our service, perform analytics, personalize advertising, measure advertising performance, and remember website preferences.Ok