Man Utd: Juan Mata is too good to be a bit part player says Hislop

Manchester United see Juan Mata as being a technical director in the future, according to reports. The midfielder joined from Chelsea back in the January transfer window of 2014. And he won three trophies before it was announced he’d been release by the club.

Manchester United announced Mata’s departure on Thursday, saying: “Thank you for dedicating eight years of your career to United, Juan.

“Everyone at the club wishes you all the best for the future.”

It’s stated that, originally, United wanted to keep the 34-year-old as an ambassador – while they also were hopeful of arranging a ‘mire senior title’ for the playmaker.

They were supposedly ready to offer Mata one more playing contract.

However, he turned down the chance to stay at Old Trafford amid offers from teams in the MLS.

United think Mata can now be a technical director in the future, with the Spaniard intelligent on and off the pitch.

And where he ends up next remains to be seen.

While Mata was phased out towards the end of his United career, he was still a hit upon arriving from Chelsea all those years ago.

He scored in the 2016 FA Cup final win over Crystal Palace, pulling Louis van Gaal’s side back into the contest.

And he was also part of the team who won the Carabao Cup and Europa League under Jose Mourinho the following year.

Speaking after it was confirmed Mata would be leaving United, the midfielder paid tribute to the club’s fans.

“From here, from the middle of the pitch at Old Trafford, at night. I’m alone,” he said in a video message recorded on the night United beat Brentford 3-0.

“I wanted to say thank you very much to all of you for your support over the years and especially during the difficult times that we lived together.

“I will never forget you. Thank you very much.

“All the best from the bottom of my heart and goodbye.”

And tributes to Mata have started to pour in, too, with compatriot David De Gea leading them.

“Thought this would be a very difficult one to express into words but when I thought about it more, the main feeling I am left with is happiness,” he said.

“This guy has been a teammate, a friend and is my family. The ultimate professional, one of the best players and people you could have grace your life.

“I’m so thankful to have been on so many journeys with you, happy that our paths crossed, and we shared a dressing room together.

“I love you my brother, I wish you everything and absolutely nothing but joy and success in your next stage of an unbelievable career.”

During his time with United, Mata made 285 appearances across all competitions.

But he played just 30 times over the course of the past two seasons. 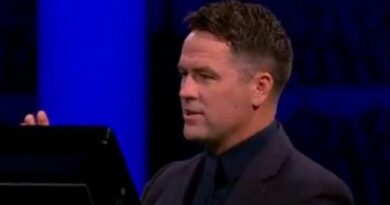 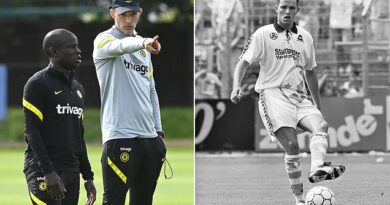