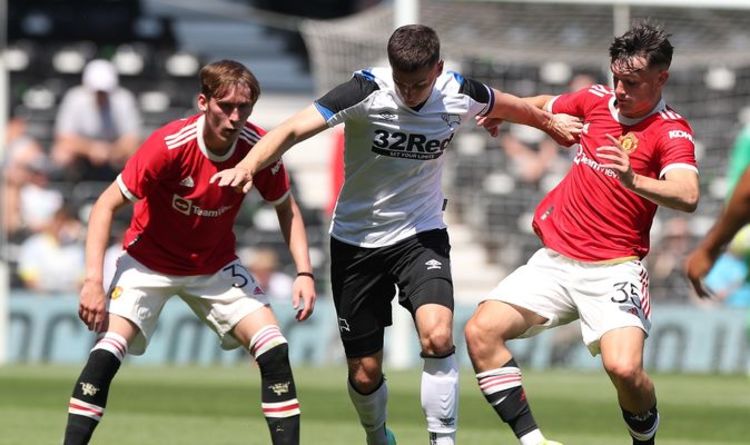 Manchester United’s win over Derby County in their pre-season opener sent a clear reminder of the need to sign Kieran Trippier. Despite Aaron Wan-Bissaka making the right-back shirt his own since he moved to Old, Trippier has emerged as one of United’s main targets for the summer window.

Trippier is reportedly ready to return to England from Atletico Madrid following two years in the Spanish capital.

United are the clear frontrunners to sign Trippier if he does indeed leave the Wanda Metropolitano this summer.

Ole Gunnar Solskjaer has not been impressed with Diogo Dalot and is ready to allow him to leave Manchester.

One of the main reasons for that has been the form of Wan-Bissaka, who has become United’s clear first-choice right-back.

He appeared in all but four of United’s Premier League games last season, drawing plaudits for his defensive work.

But there have been questions over his output going forward, especially against teams who are fighting at the bottom end of the table.

By contract, Luke Shaw on the opposite flank laid on five assists, creating seven big chances and producing 189 crosses.

If United are to challenge City for the title next term, they will need much more attacking output from the right-hand side.

Solskjaer elected to start him for the trip to Derby, with Wan-Bissaka playing for the first-half before being substituted off.

While he was unsurprisingly solid defensively, Wan-Bissaka offered little going forward as Solskjaer’s men started their season with a narrow 2-1 win.

Derby provided a chance for United to test themselves against the type of opposition they need to claim wins over next season.

Wan-Bissaka’s performance showed that the need to bring Trippier back to England could be critical to their title hopes.

Trippier is widely seen as one of the best attacking right-backs in Europe, having starred as Atletico won La Liga last term.

Those talents will be needed by United next term, if Wan-Bissaka is unable to unlock his own attacking potential.
Source: Read Full Article