Manchester United will accept a fee as low as £13million in order to let Alex Telles leave the club, a surprising report have claimed. The Brazil international has emerged as a key player under Ralf Rangnick. Yet a move away from Old Trafford could be on the cards with Inter Milan and Barcelona being linked.

Manchester United signed Telles from Porto back in the summer transfer window of 2020.

He was initially expected to be first-choice at Old Trafford, especially with Luke Shaw struggling for consistency at the time.

But Telles struggled for action under Ole Gunnar Solskjaer, with the Samba star often left on the bench.

He’s currently enjoying an upturn in form and fortunes under Rangnick, however, having started his side’s last three Premier League matches.

Telles has already matched the number of top flight appearances as he did during his maiden campaign at the club.

But a surprising report from L’Interista has claimed United are ready to listen to offers for Telles for as low as £13m.

So it’s certainly a bizarre development, especially with Telles now a regular under Rangnick in a way he wasn’t under his predecessor.

So it still seems likely he’ll be at Old Trafford by the time Monday’s transfer deadline rolls around.

There have been other reports suggesting Rangnick isn’t satisfied with the performances of Shaw since taking over, too.

Therefore, Telles is more important to United than he’s previously been at any stage in his Old Trafford career.

While Telles is likely to stay at the club, however, several other players could leave United behind before the deadline.

Jesse Lingard is wanted by Newcastle, with Rangnick recently confirming he could’t guarantee the playmaker’s future.

“Regarding Jesse, it’s the same as quite a few other players, he’s a really good player,” he said.

“It’s normal at other clubs, Newcastle showed interest in him but I am not the one dealing with that.

“If you ask me now what will happen in the next 10 days I cannot answer that question, I’m afraid.

“As I said, it’s the question of what does the player want, what other options does he have, does he have the chance to get game time, I cannot answer for him, it has to be done by the players.

“He’s a very good player, a technical player. Here at Manchester United it’s not so easy, we have other players who can play in that position and we cannot change from one game to another five or six positions.”

And United could feasibly lose Anthony Martial, too.

The France international impressed off the bench against West Ham on Saturday, despite Sevilla, Newcastle and Barcelona all pursuing him.

And Rangnick was happy with his professionalism following the dramatic win that got Old Trafford rocking.

“Since we last spoke one-and-a-half weeks ago, I told him it’s about being professional until the very last day no matter how long he stays or when he leaves,” Rangnick said.

“It was good to have this conversation with him.

“In the last two games, he was part of the squad and today he played a vital role in the goal that we scored.

“He’s a top player, one of the best strikers in the Premier League but we have other players in his position and it is his wish to leave but, as I said to him, it always takes different parts to find an agreement and the way he trained and played when he came on today showed his professionalism I expect from everybody.

“I am happy he was playing today, that came on and had a vital role in the goal.” 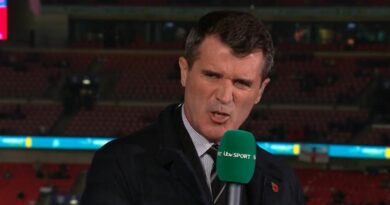