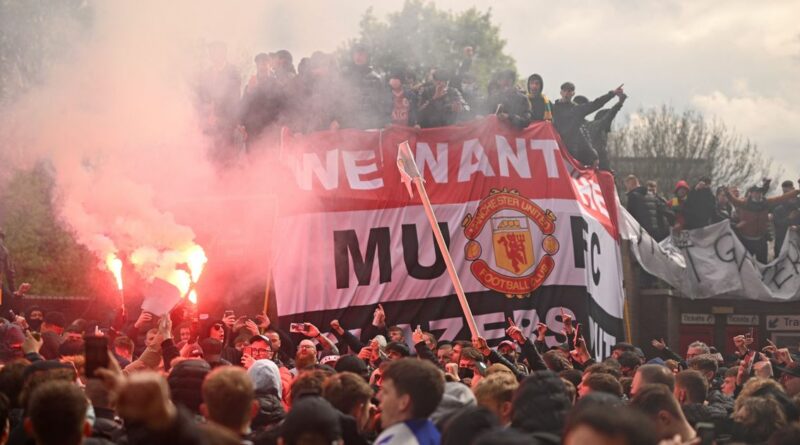 Manchester United could face a fine following their failure to fulfil a home fixture regarding their derby clash against Liverpool on Sunday.

A huge protest outside, and even inside, Old Trafford may have been dispersed a while before the decision was made, but the safety of those involved was said to be compromised.

While discussions have begun over when the rearranged fixture will take place, questions have been asked over whether the home side could face sanctions for their failure to host the game.

Although a match hasn’t been postponed in circumstances like this one in the Premier League, United did have a fixture rescheduled against Bournemouth in 2016.

On that occasion the game was played after the planned final day of the season, following a controlled explosion of a lifelike explosive device.

The Premier League did not decide on a section for that clash, stating that the management teams of both United and Bournemouth were been extremely helpful.

Referring to the postponement of league matches, the 20/21 Premier League handbook refers to five exceptions which would lead to accepted delays.

Those include playing in a separate competition, with the approval or under the instructions of the referee, by the order of the police, by order of authority powers or with written consent of the board.

"The security and safety of everyone at Old Trafford remains of paramount importance. We understand and respect the strength of feeling but condemn all acts of violence, criminal damage and trespass, especially given the associated COVID-19 breaches.

"Fans have many channels by which to make their views known, but the actions of a minority seen today have no justification.

"We sympathise with the police and stewards who had to deal with a dangerous situation that should have no place in football.

"The rearrangement of the fixture will be communicated in due course."

Having referring to the collective decision of the police, both clubs, league officials and local authorities, it is highly unlikely that punishment will follow.