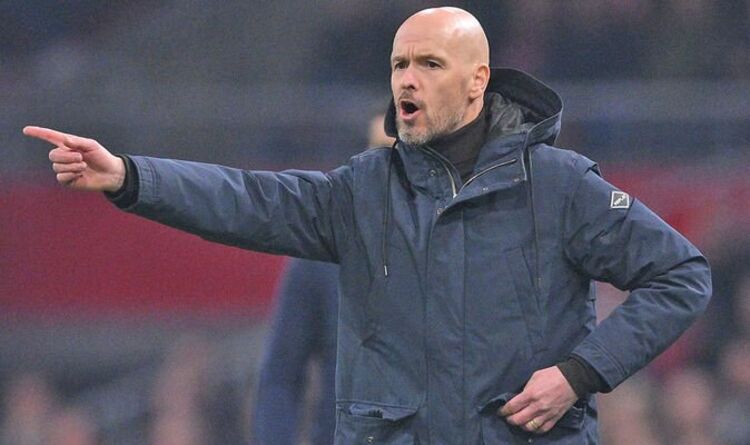 Manchester United have decided their transfer priorities for the summer already at a time where they’ve interviewed Erik ten Hag, according to reports. The Dutchman is now the frontrunner to take over at Old Trafford, despite the club insisting there’s no favourite. And the Red Devils are hopeful they can get this appointment right and challenge for the major trophies in the game again.

Manchester United have been tipped to pursue the likes of Mauricio Pochettino, Julen Lopetegui and Luis Enrique as they prepare to move Ralf Rangnick into a consultancy role.

Yet it’s Ten Hag who is the frontrunner for the position, with the club recently holding talks with the 52-year-old about taking over.

United will have to pay just £4million to release the Dutchman from his Ajax contract, which still has 15 months left to run after he penned an extension back in 2021.

The Telegraph have confirmed United’s talks with the former Bayern Munich coach, with other publications saying the same.

And the newspaper says that the club’s priorities for the summer are already decided, with the Red Devils looking to bring in a midfielder or two as well as a striker.

No names are mentioned in the report.

However, United have been linked with several players as the transfer window creeps closer.

Antony, who currently plays under Ten Hag at Ajax, is one to keep an eye on.

United will look to sign a young forward this summer, especially given the uncertainty over the futures of Anthony Martial and Mason Greenwood.

And the Brazilian, who has sparkled for the Eredivisie outfit this term, would certainly be a good addition to the squad.

At the back, United are likely to invest in another centre-back with Harry Maguire struggling and Eric Bailly likely to depart.

And that’s led to talk they’re eyeing Borussia Dortmund’s Manuel Akanji, who has so far refused to pen a new deal over at the Westfalenstadion.

One target the club have already firmly decided on is West Ham’s Declan Rice.

United are crying out for an anchorman in the middle of the park and Rice has enhanced his growing reputation with a storming campaign for the Hammers this term.

However, any deal for the England international won’t come cheap.

West Ham want a fee in the region of £150million to let their prized asset leave, a fee that would make him the most-expensive English player in history.

And it would gazump the £89m the Red Devils paid for Paul Pogba upon bringing him back from Juventus in 2016.

United are also being linked with strikers, too.

They were initially eyeing Erling Haaland but, due to their nightmare season, are now poised to look elsewhere.

Darwin Nunez is one alternative, with the Benfica star scoring 20 goals this season from 22 matches.

And Napoli hitman Victor Osimhen is another, despite the Serie A giants being reluctant to let the Nigeria international depart.

He said: “I will say, for a striker, and this is pretty much impossible to happen, but if I were a manager in an alternative world, I would try to sign Haaland or Mbappe.

“One of those two players for the striker position, you know, because I like to watch them. In the midfield, I would probably go for Verratti as well.

“I like Marco Verratti. I just think he’s unbelievable on the ball with everything he’s doing.”

He added: “And at centre-back, obviously, I have a bit of difficulty here, but they do need to send a centre-back, United.

“They have five players for that position, and still things are not going quite well. [I will say] Rudiger because I’m concentrated on him.

“But he, based on his performances, is a good fit, honestly. He’s aggressive. He’s good on the ball, so he can be a good choice.” 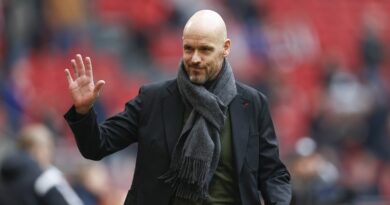