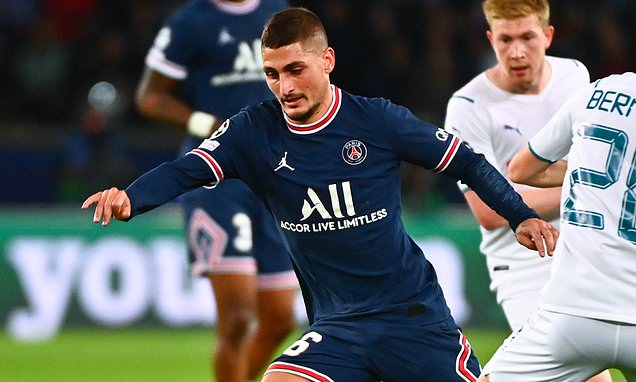 Manchester United ‘should test the water and try to sign Marco Verratti as an eventual replacement for Michael Carrick’, says ex-Red Devils full back Ashley Young… who insists PSG star would be an ‘UNBELIEVABLE signing’

Verratti is a key player for Mauricio Pochettino’s side and particularly impressed in the midweek Champions League win against Manchester City.

United also won in Europe in midweek courtesy of Cristiano Ronaldo’s last minute winner against Villarreal, yet ex-Red Devils full back Young believes Ole Gunnar Solskjaer is still lacking the midfield control provided by Carrick up until his retirement in 2018. 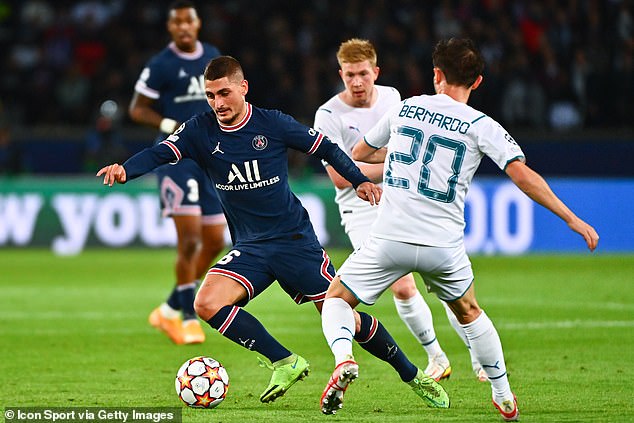 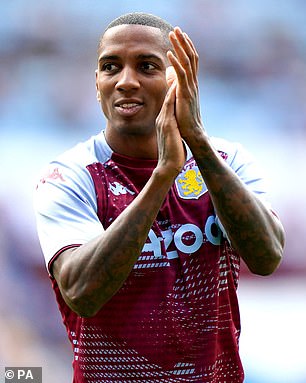 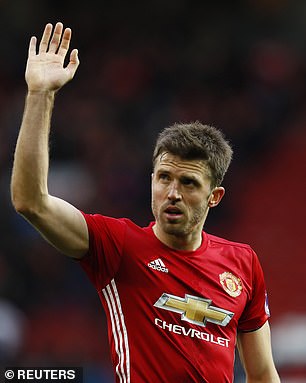 ‘Don’t get me wrong – Fred and McTominay are good players but I don’t think there’s a Michael Carrick around.

‘I was watching the PSG v City game yesterday and I think Marco Verratti is the closest one and nobody’s gone out to test the water to try to sign him. I think he would be an unbelievable signing for Manchester United.’

Italy international Verratti, 28, has a contract at the Parc des Princes until 2024 and has been at the French club since 2012.

Carrick is now part of the backroom staff at Old Trafford and is a first-team coach working in tandem with Solskjaer. 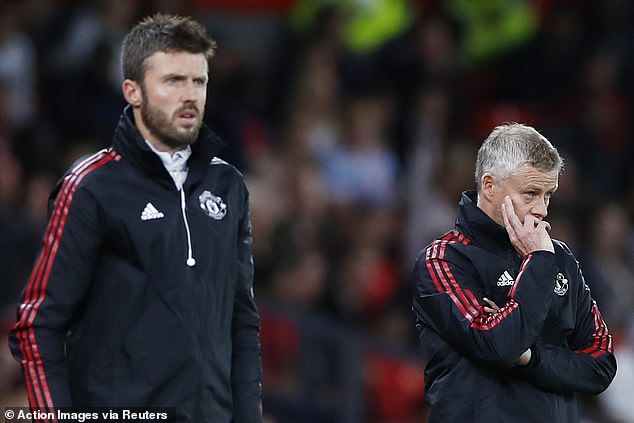 Young, meanwhile, moved to Aston Villa in the summer from Inter Milan, where he won the Serie A title last season.

Carrick and Young played in the same United team from 2011-2018, winning one Premier League title, EFL Cup, FA Cup and Europa League together over a seven-year period.

Young added that he believes United continue to miss a trick in central midfield, particularly with the way they utilise French World Cup winner Paul Pogba. 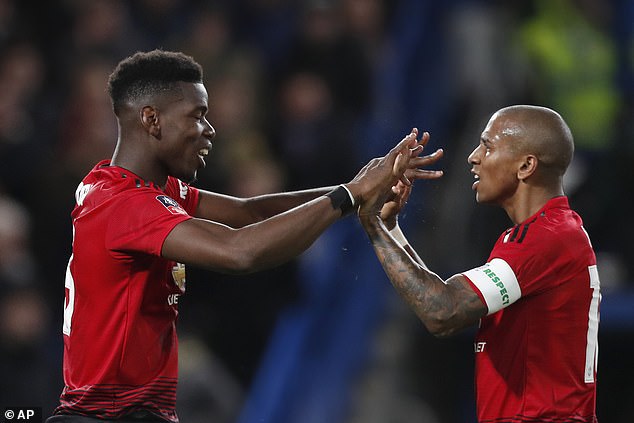 ‘I think Paul needs to play there (in central midfield),’ Young added.

‘At the weekend he was playing out towards the left, I don’t think that’s Paul’s best position.

‘I think he wants to control play and he wants to dictate. He’s a player who can find passes, the way Carrick used to do.’ 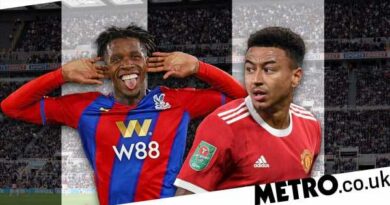