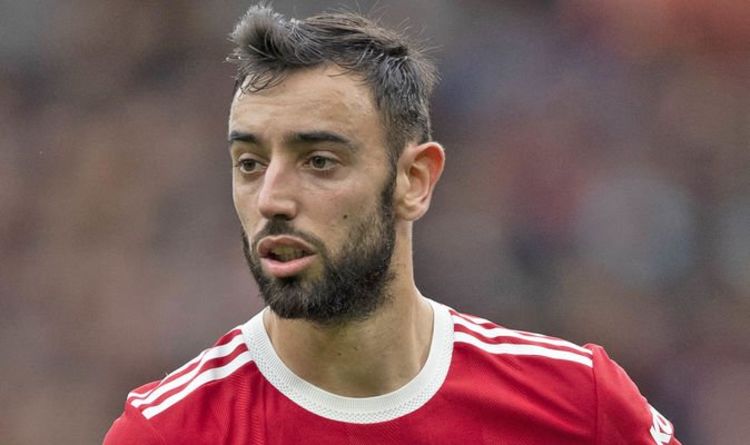 Manchester United star Bruno Fernandes remains in contact with Raphinha ahead of the January transfer window. The Leeds star was previously linked with a move to Old Trafford earlier this year, only for the Red Devils to target other reinforcements instead. And it’s possible they’ll renew their interest in the 24-year-old in the New Year.

Fernandes previously played alongside Raphinha at Sporting Lisbon, with the duo striking up an impressive connection on and off the field.

And the United star, quoted by The Sun, has been full of praise for his old team-mate.

“I miss Raphinha,” he said.

“He is a player with whom I had a different chemistry from the others, he understood me at a glance.”

And Raphinha has now responded, revealing he’s still in contact with the United star – meaning a swoop in January can’t be ruled out.

“Bruno congratulated me a lot [after being called up by Brazil],” he said.

“He told me that I deserved it so much, that I had been deserving it for a while.

“This happens with friends who talk a lot, more intimacy like that, more jokes.

“But he praised me a lot, congratulated me.

“He said he wasn’t surprised at all by what was happening and what would happen.

“And for me, receiving compliments like that from people I admire, not only professionally but personally, is also very rewarding.”

The publication states Fernandes could be playing the role of ‘agent’ when it comes to a possible transfer swoop.

But it’s hard to see where Raphinha would fit in.

The Red Devils are well-stocked for attackers at present, especially after summer deals for Jadon Sancho and Cristiano Ronaldo.

Sancho moved from Borussia Dortmund and, when Marcus Rashford is back, is expected to play on the right wing.

And Ronaldo touched down from Juventus on transfer deadline day, 12 years after he quit Old Trafford for Real Madrid.

Meanwhile, ahead of the January transfer window, Gabriel Agbonlahor has had his say.

And the former Aston Villa star has called on United to sell Donny van de Beek, who has toiled at Old Trafford so far.

The Netherlands international joined from Ajax last summer but has made just four Premier League starts since.

He was recently seen throwing his chewing gum in anger in Ole Gunnar Solskjaer’s direction after failing to come on against Villarreal.

And Agbonlahor thinks the club would be right to cut Van de Beek loose.

“It’s turning into a joke now. United need to just let him go and play football. You are trapping him at the club and not giving him any minutes.

“With the performances of Fred and [Scott] McTominay, Van de Beek deserves a chance to show what he can do.

“Manchester United need to let him go in January and play some football. The kid just wants to play football.