Bruno Fernandes has admitted to being “not happy” that he needed a second bite of the cherry from the penalty spot as Manchester United beat West Brom 1-0 on Saturday night. United were hot favourites heading into the match against the Baggies with Slaven Bilic’s side having the joint-worst defensive record in the league.

But West Brom put up a strong fight in the first half, frustrating United going forward.

There was little goalmouth action in the opening 45 minutes, although Sam Johnstone pulled off a couple of strong saves to keep the game goalless.

The game burst into life soon after the restart though as David Coote pointed to the spot to award West Brom a penalty.

Fernandes was adjudged to have fouled Conor Gallagher in the box, but VAR advised Coote to go over to the pitch side monitor to look at a replay of the incident. 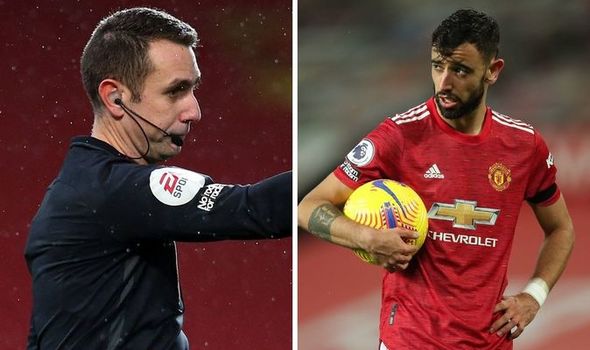 Upon inspecting different angles, the match official decided to overturn his decision.

And moments later, he was at the centre of it once again after he awarded United a penalty after spotting Juan Mata’s cross hit Daniel Furlong on the arm.

Fernandes stepped up to take the spot kick and he had his effort saved by Johnstone, although the penalty was forced to be retaken as the Baggies goalkeeper encroached off his line too early.

The Portugal international made no mistake on the second attempt, but he was upset with himself that he needed another try in the first place.

“It’s not good. You need to do it on the first one,” he told BT Sport.

“I’m not happy. I scored the second one but I didn’t the first one.”

When asked for his views on West Brom’s penalty appeal, Fernandes pleaded his innocence.

“I felt I touched the ball and it was the second contact,” he said. 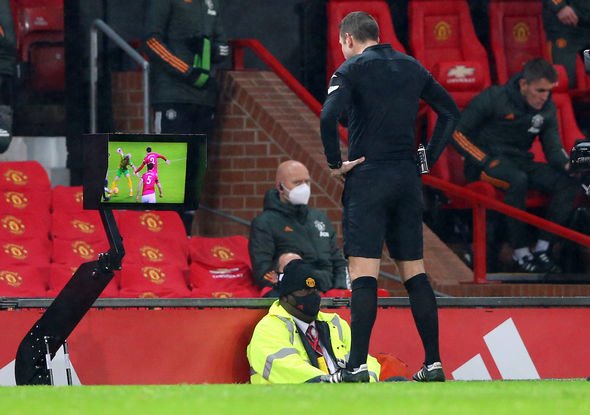 The result moved United up to ninth though and above Manchester City.

But Fernandes insists they need to be better if they hope to climb further up the table.

“It was really important to us to win this game because we need the points,” he added.

“It was a tough game. We can do a lot better.

“We created a lot but we have the quality to do better.” 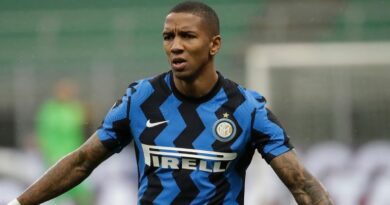