It’s now sink or swim for Anthony Martial at Manchester United, following the arrival of Edinson Cavani. Ole Gunnar Solskjaer has rolled the dice to complete the opportunistic signing of free agent Cavani, who has already been labelled a panic buy by critics.

Although he did not personally request the deal, Solskjaer will be desperate to ensure Cavani proves to be a success under his management.

El Matador is widely recognised as one of the best strikers in world football of the last decade and is expected to guarantee goals.

His minutes in the side may come at the cost of Martial though, who is currently leading the line for United.

His impressive form post-lockdown saw him record his finest goalscoring season to date at Old Trafford, finishing up the 2019/20 season with 23 in all competitions. 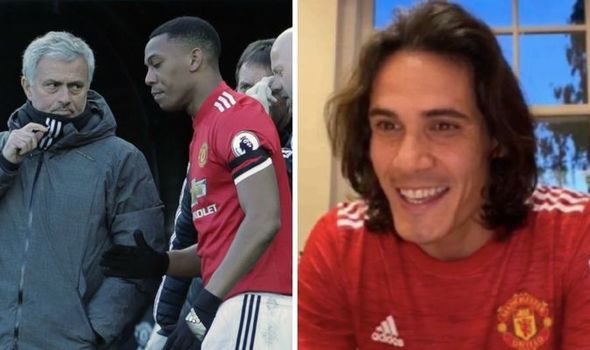 Yet the Frenchman is yet to find the net so far this season and is now facing a three-match ban for violent conduct following his straight red card against Tottenham.

Martial initially arrived at United as a striker under Louis van Gaal but naturally, his dribbling ability saw him move out to the wing.

He has enjoyed various stints through the middle under the Dutchman, Jose Mourinho and Solskjaer but now wants to be recognised as a striker on a full-time basis.

Last year, former United boss Mourinho threw shade at Martial, claiming he wanted to play through the middle for the wrong reasons.

“Of course, [Marcus] Rashford does too, but he adapts perfectly on the left side because he has more responsibility and a high working rate, coping with the progression of a possible full-back.

“Knowing [Cesar] Azpilicueta is not the most creative right-back in the world but he is very powerful and very aggressive and he still gets in attacking positions.”

Mourinho was picking at Martial’s lack of enthusiasm to defend and track back, a key requirement for any Premier League winger.

Before the arrival of Cavani, United’s front four was set in stone due to a lack of quality in reserve. 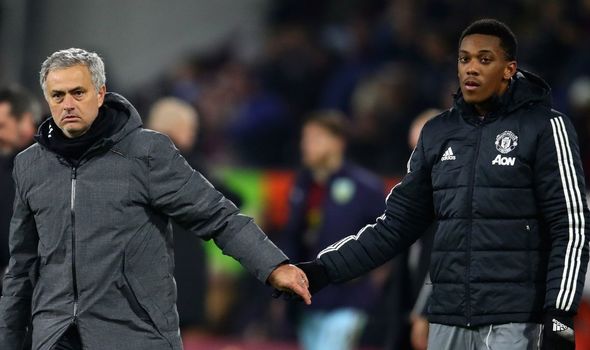 Daniel James was a regular starter at the beginning of his United career but the emergence of Mason Greenwood means opportunities are sparse.

Now Cavani is in the building and Martial has a direct rival for the No 9 position.

The Uruguayan wants to conquer England and has not come to United to make up the numbers.

He was left angered by his time on the bench at Paris Saint-Germain and it eventually pushed him towards the exit door in France.

At this stage of his career, playing is the priority and Martial may have to step it up if he wants to keep his place through the middle.