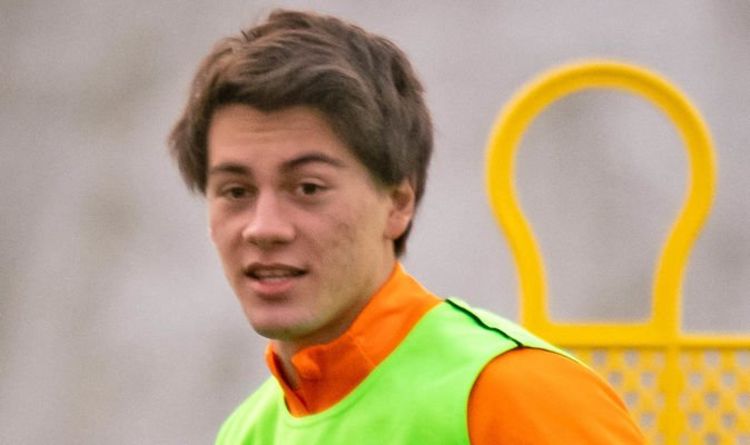 Man Utd: Solskjaer delighted to kick off 2021 with win

Manchester United wonderkid Facundo Pellistri has revealed he’s regularly in contact with Ole Gunnar Solskjaer. The Uruguayan winger moved to Old Trafford back in the summer transfer window. And, though he’s yet to make an appearance for the first team, he’s enjoying life in England so far.

With the England international deemed too expensive at £108million, however, the Red Devils swooped for Pellistri instead.

Though he’s yet to play for the Red Devils first team he’s caught the eye at youth level – and could get his chance in the upcoming FA Cup showdown with Watford.

Pellistri has been playing under Neil Wood in the academy but, speaking to the club’s official website, has claimed he’s regularly in contact with his manager.

“I am feeling like it is home,” he said.

“I have been here a few months and am getting used to this. I am happy here. 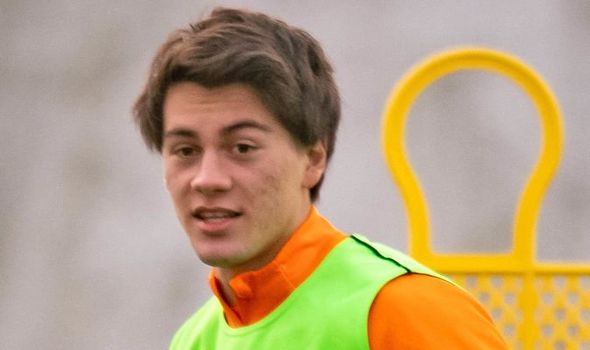 “It is going to be a different Christmas because we train and we play so it’s different for me. I was used to being free with no training and nothing at this time of the year.

“I am far from my home but luckily have my family here. It’s not the same but it will be a different Christmas and hopefully a good one.

“It’s been a very strange year for the world obviously and for me, obviously, with the COVID and being here in Manchester – one of the biggest changes in my life – and I am very happy with that.

“We were having a lot of fun as, luckily, we won that game and it was a very, very good experience for me.

“Obviously, it’s very nice to hear that the manager speaks about you [as Solskjaer has during his press conferences] and I am in contact with him all the time. He is giving me advice and asking me how I am doing and how I am feeling. That, for me, is very important and I am really thankful to him. 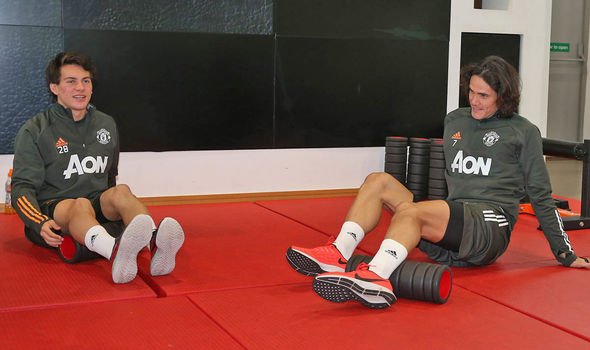 “For me, it’s going to be a dream to have a chance in the first team and to fight for a place. And that Manchester United are going to the top. That is my biggest dream.

“Yes, that it what I am working on [getting a debut] and, hopefully, I am going to have it.”

Pellistri also hailed Marcus Rashford, Paul Pogba, Juan Mata and Edinson Cavani – admitting he was privileged to be learning from the quartet.

“People had told me about the weather here and that was the most important thing I’ve found here,” he said.

“Unfortunately, while we have this COVID situation, I cannot go away to most parts of England but, hopefully when these [restrictions] end, I can go.

“I took English lessons in school in Uruguay but I am learning more here in England. 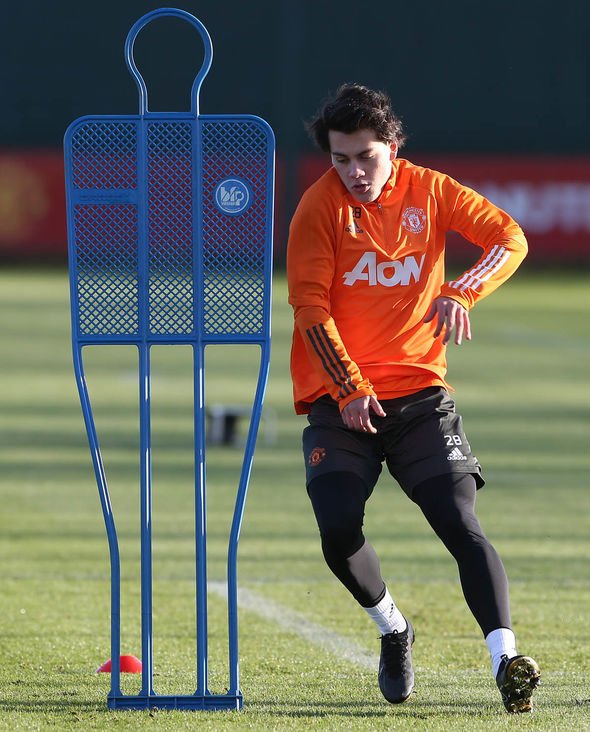 “It is amazing here. From day one, being here, when I entered the buildings at the training centre, everything is very big compared to Uruguay.

“That is a very important thing as Manchester is one of the biggest clubs in the world. So I am very happy being here.

“It’s been amazing to train with guys like Rashford, Pogba, Mata and Edi, who is very close friends with me.

“It’s amazing for me because I watched them on TV and now I am practising with them. The intensity, the high quality they have, it’s great for me to play with them and I improve a lot.

“All the time, I speak with Edi and he is a very nice person. He is always trying to be around me, giving me advice and everything that I need. He is there to help me and that is very important for me. I am very happy with that.