Manchester United hammered RB Leipzig at Old Trafford with Fred impressing with an energetic midfield performance for Ole Gunnar Solskjaer. It means the Red Devils have six points from their first two matches in the Champions League this season and should now make it to the last 16.

Fred was slow in adapting to his new club when he joined United back in the summer of 2018 from Shakhtar Donetsk.

There were signs last year he was finding his groove and since nailing down a spot in the side since the international break he has become vitally important for Solskjaer.

That was underlined in his match stats last night where he made three interceptions, three clearances, two tackles and covered a huge amount of ground.

Fred’s combative attributes cannot be questioned and he is key to breaking up play for the Red Devils. 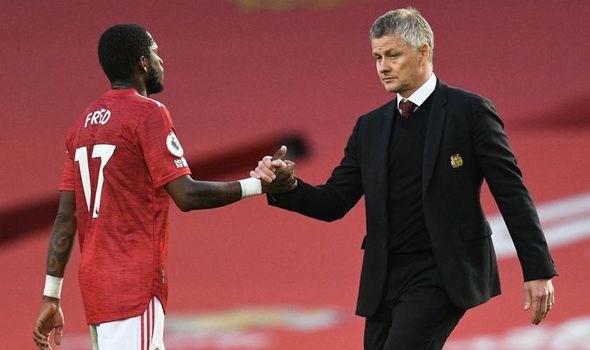 One concern for Solskjaer should be when the Brazilian has the ball at his feet though.

Too often in his career he has given away the ball cheaply, undoing the hard work he has done to win it back.

The areas he loses possession are also a concern as it often gives the opponents a chance to attack from a dangerous position.

This was highlighted last night when he was dispossessed 16 times.

Only Luke Shaw gave the ball away on more occasions and many of these were clearances out of defence.

Fred was successful with 42 of his 47 passes but on the passing accuracy map below you can see the areas he gave the ball away were dangerous.

It gives teams the impetus to attack and against top-quality sides he will be punished.

Of the midfielders playing in a similar position to him, Fred had by far the worst pass completion percentage last night. 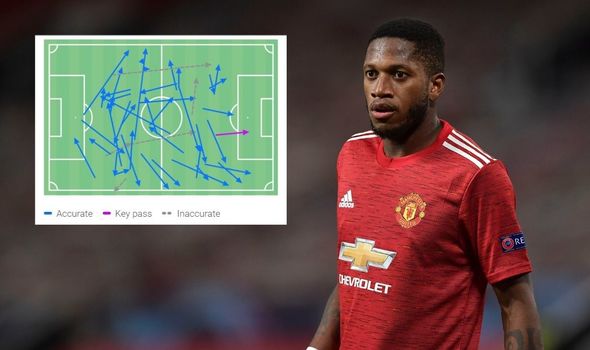 It leaves Solskjaer with a conundrum in midfield because there is no doubting the ability of Fred in breaking up play.

But his wastefulness in possession is a dangerous risk to take in matches against high-quality opposition.

United hero Paul Scholes thinks Fred and McTominay together in midfield give his former side a much better balance though.

“When they have the two [Fred and McTominay] in front of them, they look different,” Scholes said on BT Sport.

“They had that little bit of protection that’s helped them. Not all of them [need it].

“You’re a defender for a reason, you’re supposed to be okay one-on-one, sometimes it can take away the attacking side of the team which it has done in the last couple of games, especially against Chelsea on Saturday.

“Fred and McTominay have definitely made them look better players, and they’ll prefer that.”

United return to action on Sunday when they take on Arsenal in the Premier League (4.30pm).

Martial a doubt for PSG clash as Man Utd star leaves training after 11 minutes
We and our partners use cookies on this site to improve our service, perform analytics, personalize advertising, measure advertising performance, and remember website preferences.Ok