Manchester United star Jesse Lingard is awaiting a call from  Erik ten Hag to discuss his future, according to reports. The England international has barely played under Ole Gunnar Solskjaer and Ralf Rangnick this season. And while he’s open to staying at Old Trafford, he’s supposedly earmarked Newcastle as his preferred destination if he ends up leaving.

Manchester United had already resigned themselves to losing Lingard on a free transfer, having previously denied the midfielder a move away in January.

But, now, The Sun say the playmaker is open to staying.

It’s stated that Ten Hag intends to speak with the England international and learn about his intentions as he prepares to rebuild the club in his own image.

While Lingard’s best football in recent years came at West Ham on loan last term, he can be a vital asset on his day.

However, if the 29-year-old does decide to depart, then Newcastle are his preferred next destination.

Eddie Howe has done a superb job on Tyneside since taking over from Steve Bruce and the Toon, with their wealthy owners, have big ambitions.

Lingard would also be keen to join Newcastle because he’d be able to stay in the north and be closer to his family.

A source is quoted as telling the publication: “Jesse hasn’t been happy this season.

“He feels let down that he hasn’t played as much as he wanted and feels promises made to him when he came back from West Ham haven’t been kept.

“He was resigned to the idea that he was going to leave and make a fresh start at another club.

“But Ten Hag has let it be known he wants to speak with him and if he gives him the assurances he needs, Jesse could be persuaded to stay.

“United is his club and he’s never wanted to leave.”

Lingard isn’t the only player who could be given a lifeline by Ten Hag.

Marcus Rashford has endured a troublesome season so far, scoring just five goals across all competitions.

Rangnick has often overlooked the 24-year-old since his interim appointment in December, instead preferring to deploy Anthony Elanga.

But Rashford is keen to stay and Ten Hag is willing to keep him on board.

Like Lingard, he can be a vital player for the Red Devils when fully fit and firing on all cylinders.

“But both camps have spoken and Marcus is aware of what the new manager wants and expects.

“This season has been difficult but he’s never wanted to leave Old Trafford.

“He’s optimistic about his chances under Ten Hag and knows that if he plays well for United, he will be in the thoughts of Gareth Southgate.

“He knows Ten Hag will give him a chance if he performs in training, so he’s feeling confident and can’t wait for a new start.”

While Rashford and Lingard could stay, a host of players are set to depart.

Edinson Cavani is one of them, with the Uruguay international expected to join Boca Juniors.

Paul Pogba’s time with the Red Devils is drawing to a close, having never lived up to expectations since his arrival from Juventus in 2016.

Dean Henderson has been linked with Newcastle and won’t hang around to play second fiddle to David De Gea again next term.

Nemanja Matic has already confirmed he’ll be leaving to pursue a new challenge at the end of the season. 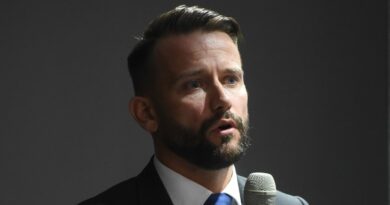 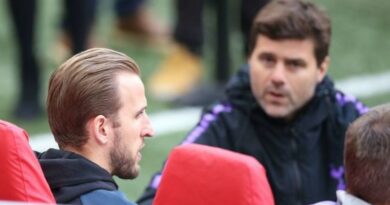