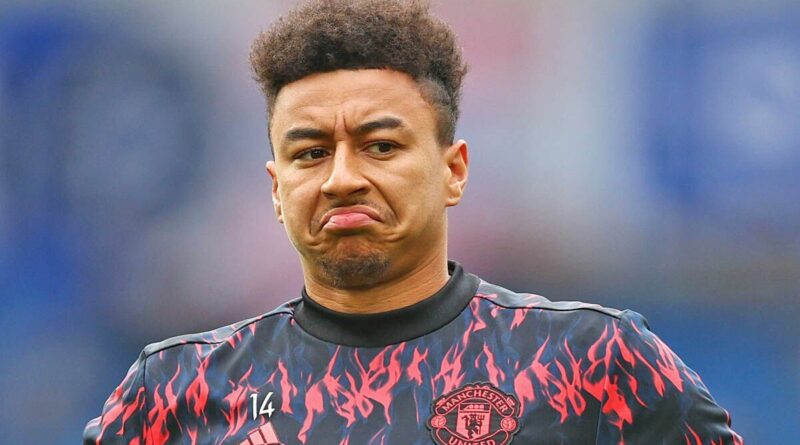 Manchester United star Jesse Lingard is in talks with four clubs as his departure from Old Trafford looms, according to reports. Paris Saint-Germain are one of the teams chasing the England international, while Newcastle remain interested despite missing out on a deal in January. But any move to the capital isn’t guaranteed as his departure creeps closer.

Lingard has no intention of hanging around at United after enduring a troublesome season under both Ole Gunnar Solskjaer and Ralf Rangnick.

And, now, the Daily Mail say he’s in talks with four teams -including PSG and Newcastle – but that doesn’t include West Ham.

In January 2021, Lingard left the Red Devils temporarily to play under David Moyes at the London Stadium.

And he was a huge hit with the Hammers, scoring nine goals and clocking up four assists from 16 Premier League matches.

West Ham were keen to land Lingard permanently a year ago.

But they missed out on the 29-year-old, with Solskjaer making it clear he’d get chances at Old Trafford.

Instead, Lingard is talking to Newcastle about a potential summer switch to Tyneside.

Eddie Howe’s side will be in the Premier League next season after a January spending spree saved them from a relegation dogfight.

Newcastle had hoped to add Lingard to their squad in the New Year, only for United to again block a departure.

Despite that, however, they remain keen to acquire the services of the United star as his time with the club winds down.

As well as Newcastle, Lingard is also in discussions with PSG.

The Ligue 1 giants have utilised the free agent market in recent years, snapping up the likes of Sergio Ramos, Lionel Messi and Gianluigi Donnarumma last year.

And PSG are in the mix to sign Lingard and bring him to the Parc des Princes at the end of the season.

AC Milan and Juventus are the other teams probing a deal for the United academy graduate.

Milan are set to have new owners in charge and have already qualified for next season’s Champions League.

Juventus, meanwhile, are looking at reinforcements as they look to claim the Scudetto under Massimiliano Allegri next term.

And where Lingard goes remains to be seen.

He was recently left unhappy with Rangnick after the German left him on the bench for the entirety of their 3-0 win over Brentford last week.

That triggered a fiery Instagram post from his brother, Louie Scott, who slammed Rangnick for his snub.

However, the German then proceeded to explain himself by saying: “To start with, I think in the last couple of weeks under my tenure he has played far more games than he used to before I came.

“And this was the reason with only three subs, unfortunately – in the other leagues you have five subs – I had to take a decision between bringing on Edinson Cavani or Jesse Lingard, or even the young Alejandro Garnacho, whom I would have loved to have brought on and given a chance after going 3-0 up with 15 minutes to play.

“But I took the decision to bring on Edinson for the very reasons I just explained to you.

“With only three subs and two already done, you have to take a decision and this will not be to the liking of everybody, this is also part of the game.

“To be honest, I’m not reading a lot, I’ve not had the time in the last six months to read, I’m not Instagram, as you know, I’m not on Facebook, I’m not engaged in those areas.

“My focus has always been here, with my coaching staff, to develop the team.

“In those days with social media, there is always somebody posting something and it’s important for us at the club not to take too much notice of that.

“Unless it’s the player himself, 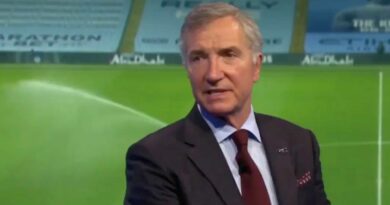