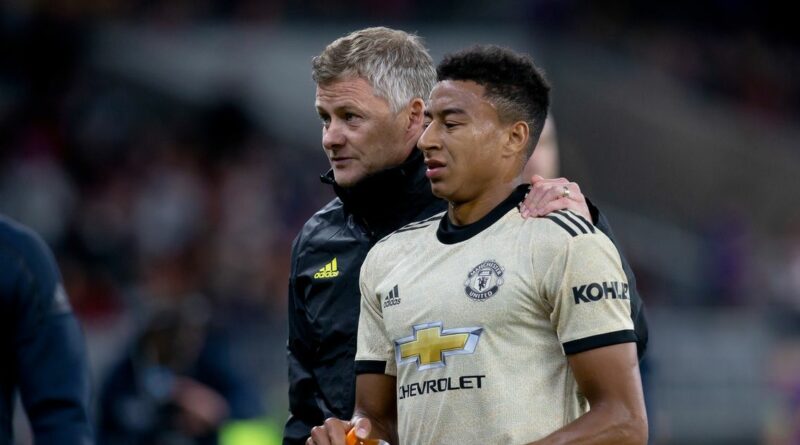 The post was uploaded by a fan account and showed several images from the side’s sobering 5-0 defeat to Liverpool on Sunday with the caption #OleOut.

Lingard, 28, remained an unused substitute throughout United’s shocking display on the weekend, as the side were reduced to ten men and Solskjaer looked devoid of ideas.

And it appears the England international either liked the post unintentionally or in agreement before un-liking it, but not without eagle-eyed Red Devils supporters managing to spot it first.

The post in question featured several pictures, including Sir Alex Ferguson’s look of dismay and Cristiano Ronaldo kicking out at Curtis Jones in anger.

While Lingard’s intentions by liking it are unclear, some fans have taken it to mean Solskjaer has lost the dressing room and that the player is possibly hinting at his manager’s impending departure.

One United fan said: “He [Solskjaer] has actually lost all the players.”

Another added: “Jesse literally speaks for us.”

Should Manchester United sack Ole Gunnar Solskjaer? Let us know your thoughts in the comments section below

Lingard, who was sent out on loan in January last season after being side-lined by the Norwegian, was spotted sharing words with a United fan while warming up pitch-side against Liverpool.

The midfielder claimed on Twitter that he was told to “work harder” by the fan, to which he replied: “I’m not even on the pitch”.

Lingard’s contract is set to expire at the end of the season and his Man United future remains unresolved, despite Solskjaer previously stating he wished to see the attacker sign a new deal.

But given the uncertainty surrounding Solskjaer’s own future and the likelihood that he could leave for free in 2022, Lingard could hold talks with other suitors in January.