Former Manchester United ace Wayne Rooney has been identified as the most influential Premier League footballer in history. The ex-England captain, currently plying his trade with Derby County, has finished top of the pile in a new study analysing players’ range of influence across a host of variables.

Rooney finished streets ahead of the opposition when taking into account his career length, media appearances, endorsements, charity work and digital presence.

The Manchester United and Everton icon racked up 491 appearances in the top flight between 2002 and 2018, scoring 183 goals during a glittering career.

This success on the pitch led to a multitude of opportunities off it, with Rooney gathering over 30 million followers on social media.

Television appearances and sponsorship deals were also par for the course during the playmaker’s heyday, boosting the 34-year-old’s score in the latest study. 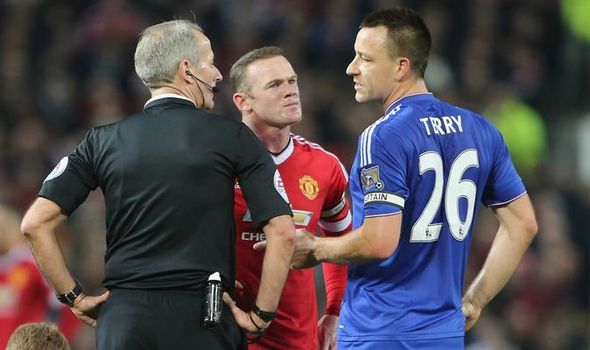 The research, conducted by Online Casinos, only took into account the 30 footballers who have played over 400 Premier League matches.

These players were then ranked following original research into a number of different categories, with each factor given a percentage weighting leading to a final score out of 500.

The Blues legend scored 315.5 points while Liverpool hero Steven Gerrard was slightly further back with 297.5 points

Speaking about the findings of the study, a representative from Online Casinos said: “It’s no surprise to us that Wayne Rooney is the most influential footballer in the world.

“Rooney scored first place across several of our categories – media, social media, and charity – with high results across the rest too.

“His influence as a player is huge, extending well beyond the Premier League, in fact the game of football, itself. He’s the player that everyone on the planet would know.

“The study has highlighted that in 2020, there’s much more to being a footballer than you might think. Players at such a high level have a huge amount of pressure and more goals to score than just on the pitch. 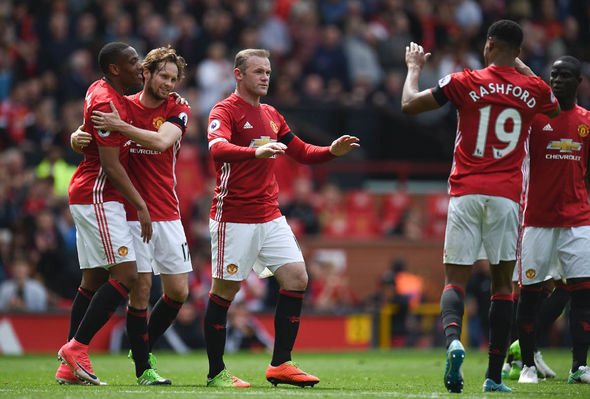 “It’s great to see someone with Rooney’s status acknowledge his position and use it to give something back, building a bigger influential legacy whilst inspiring and improving the lives of children and young people across the UK.

“It’s no surprise to us that Wayne Rooney has the biggest charity influence in our study. He’s known for working with numerous causes, but primarily takes the lead for his Wayne Rooney foundation.

Career appearances has been weighted with 25 per cent of the overall score in the study while net worth accounts for 10 per cent.

Media appearances, search results and social score also make up 10 per cent each while side projects such as appearances in video games, autobiographies and modelling work also account for 10 per cent.

Charity work is considered to hold high influence – with 20 per cent of the study weighted behind philanthropic activity – while sponsorship deals and size of brands completes the rankings with 5 per cent.

Rooney finished top for media influence, social influence and charity influence but it was David James who surprisingly led the way for search influence.

The goalkeeper, who played for Liverpool, Aston Villa, West Ham United, Manchester City and Aston Villa during his time in the Premier League, will have had his profile boosted by his appearance on Strictly Come Dancing while Rooney’s old United team-mate Ryan Giggs leads the way for sponsorship influence – but who else makes the top 20? 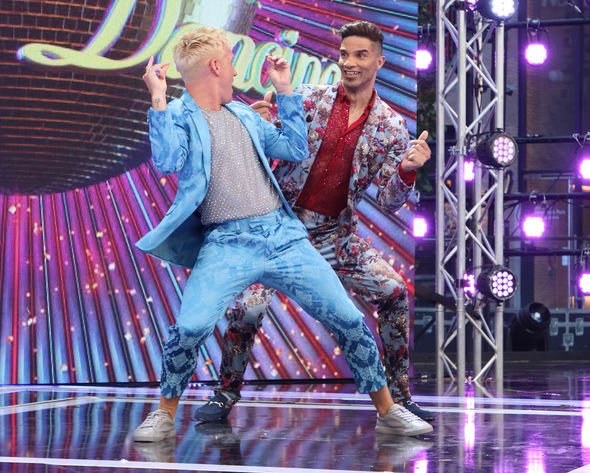 *Index score out of 500. Players must have 400 or more Premier League appearances 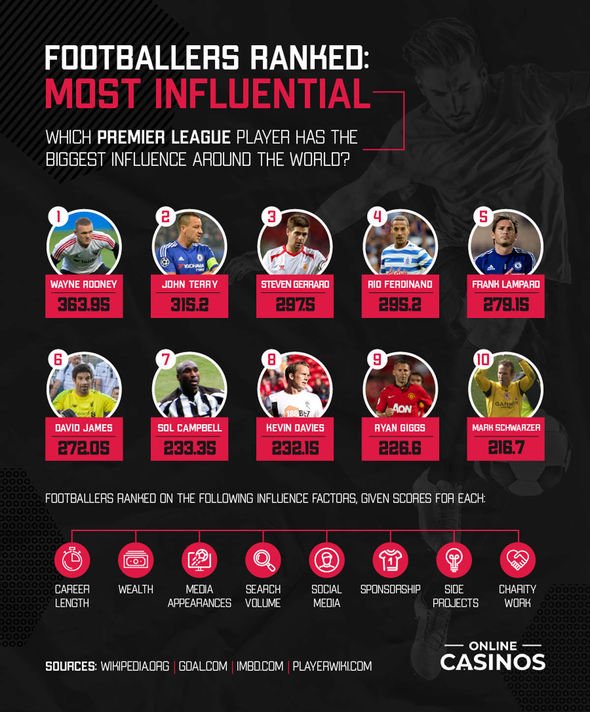 Joao Felix ruled out of Liverpool tie through illness in huge blow for Atletico
We and our partners use cookies on this site to improve our service, perform analytics, personalize advertising, measure advertising performance, and remember website preferences.Ok