Odion Ighalo’s move to Manchester United is nothing more than a Cinderella story that is unlikely to get the ending it deserves. The Nigerian may have lived his childhood dream by pulling on the famous red shirt but ultimately he will leave Old Trafford as the forgotten man.

Ighalo’s loan move – which was extended earlier this summer – is due to expire in January and he will then return to China with Shanghai Shenhua, after a year back in the Premier League.

He was an opportunistic signing to say the least, during a time of desperation. Sadly for United, they are no stranger to such situations.

This time around they scrambled four deadline day signings over the line, including free agent Edinson Cavani.

Similarly to Ighalo, the Cavani deal was also thrashed out in a state of panic, despite having an entire summer to bring in another striker of their choice.

JUST IN: Man Utd boss Solskjaer has Facundo Pellistri dilemma and three other issues to solve 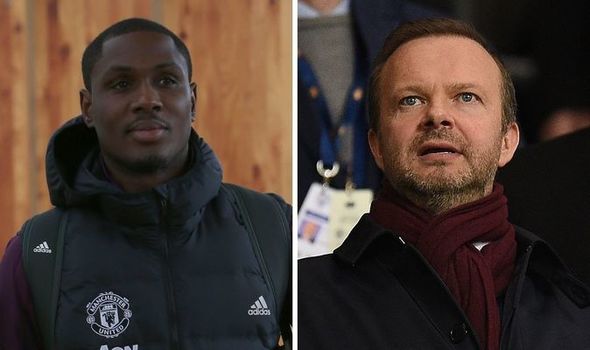 In Cavani, United were acquiring a player who has repeatedly proved he belongs at the top level. There was evidently some method to their madness.

While Ighalo had enjoyed several fine seasons on English soil with Watford, he was a wildcard acquisition and arguably, a major roll of the dice from the board.

Thankfully for Solskjaer, Ighalo was just plugging a small gap in his squad particularly with plenty of Europa League football to come.

The 31-year-old was up to the task and netted against Club Brugge, Derby County (2), LASK and Norwich.

His form was enough to convince United to negotiate an extension with Shanghai Shenhua but he has made only two stars for the club this term, in Carabao Cup wins over Luton Town and Brighton.

Ighalo’s role has now changed following the arrival of Cavani, despite Solskjaer’s defence of his involvement.

“I think as a team and a club we always want to get players in,” Solskjaer said.

“And I think Edinson coming in, we’ll give him time to adapt to the Premier League and get his sharpness and fitness back.

“We’ve had some very good performances by Odion and he’s still a very important part of this squad.”

Ighalo admitted earlier this summer that he was simply happy to be around the place: “I’m happy to always encourage the young ones as well, to push them to achieve their dream and work hard.” 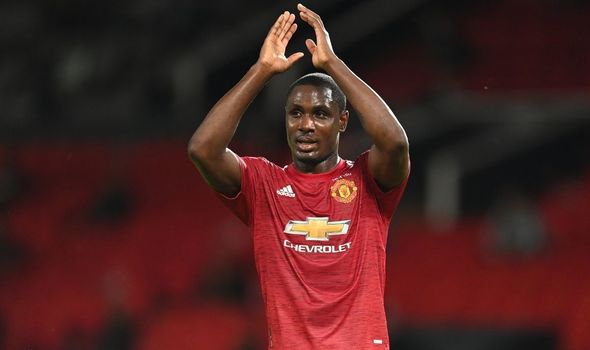 Now he is playing a bigger role off the field than he is on it, by helping the club’s youngsters learn and improve at Carrington.

While more minutes may follow between now and January, the signing has shed light on United’s car crash strategy in the transfer market.

Before the transfer window, Solskjaer handed Ed Woodward a list of high-profile names that he wanted at Old Trafford.

Solskjaer is not one to throw shade at the board but after making do with Ighalo, he expected and deserved better in this transfer window.

United were mocked when Ighalo arrived at the club and to his credit, he made several respectable contributions.

But ultimately, United’s transfer business should not boil down to last-gasp, spontaneous, reactionary signings.

Solskjaer will be the first to pay the price if United’s results do not improve but Woodward’s fingerprints are all over the club’s failings.

He must be held accountable for the club’s scatter-gun recruitment policy, which has seen arguably the biggest club in the world become a total laughing stock.

Bitton hits out at suggestions Celtic are no longer playing for Lennon
We and our partners use cookies on this site to improve our service, perform analytics, personalize advertising, measure advertising performance, and remember website preferences.Ok