A number of Manchester United players are said to believe that Dean Henderson will soon replace David de Gea as the club's No.1 goalkeeper.

Henderson impressed during his two-season loan spell at Sheffield United, and returned to Old Trafford over the summer to try to challenge De Gea for a spot in Ole Gunnar Solskjaer's line-up.

So far De Gea has started both of United's Premier League games so far this season, with Henderson's solitary appearance coming in the 3-0 Carabao Cup win over Luton.

But the England man is expected to start again in the next round of the Carabao Cup when United take on Brighton on Wednesday.

And according to the Daily Mail a significant amount of the squad have been so impressed by what they have seen so far from Henderson that they think he deserves to be No.1 in the near future.

De Gea made a number of high-profile errors last season while Henderson was shining at Bramall Lane, and the battle between the two men for the position is said to be 'very tight.'

Henderson has always stated that he has no intentions of being a backup goalkeeper for much longer, saying at the start of the season: "It wouldn't be clever for me to sit around and not play football, I don't think it would help any parties at all.

Get the latest Man Utd transfer news straight into your inbox!

Manchester United are looking to plot their path back to the top. Ole Gunnar Solskjaer has already brought in Donny van de Beek but Jadon Sancho remains Manchester United's number one target.

"You can get many things from training, and obviously learn off someone like David himself and the other goalkeepers and goalkeeper coaches. But I don't think there's any substitute for game-time."

Henderson was linked with a move to Chelsea during the summer, and unless he is provided with regular starts soon he may well think about leaving United in the near future.

A good performance at the AMEX on Wednesday, however, would see him continuing to put the increasingly mounting pressure on his teammate De Gea.

January transfer window: What is it like to be a manager? 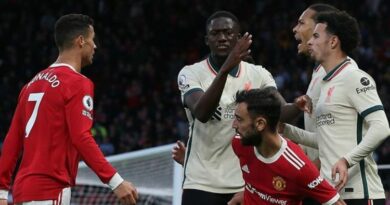