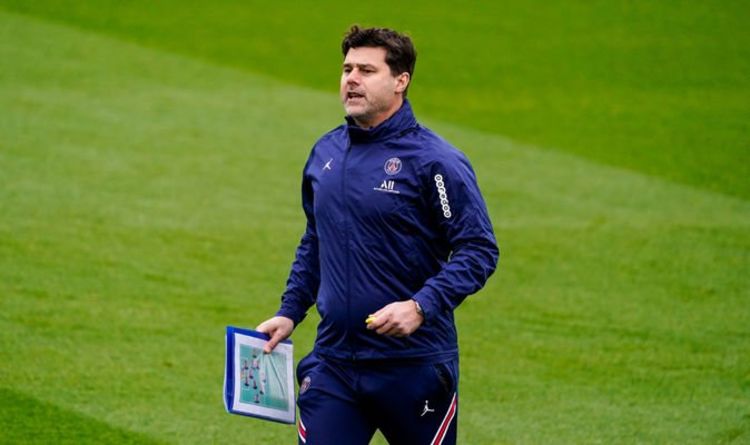 Manchester United stars are reportedly already talking about Mauricio Pochettino in the dressing room and believe the Paris Saint-Germain boss will take over as the Red Devils’ new manager. United are looking to replace Ole Gunnar Solskjaer after the Norwegian was given his marching orders on Sunday morning.

United have suffered an egregious run of form in recent months and suffered the ignominy of losing to Watford 4-1 on Saturday.

The Red Devils were humbled at Vicarage Road after already being subjected to Premier League defeats at the hands of Aston Villa, Leicester City, Liverpool and Manchester City.

A whole host of star names have been linked with the vacant manager’s role at Old Trafford, with Pochettino emerging as the early favourite to land the job.

And, according to The Mirror, United players are convinced that the former Tottenham boss will come in as Solskjaer’s successor and have even discussed how highly the PSG boss is regarded by the legendary Sir Alex Ferguson.

The 13-times Premier League champions have already tried to lure Pochettino to Old Trafford on two occasions in the past.

And it could be third time lucky as club chiefs look to get the team’s season moving in the right direction.

The 49-year-old only joined PSG in January but failed to lead the side to the Ligue 1 title last season as they finished one point behind champions Lille.

The Parisians are said to be open to Pochettino leaving his role at Parc des Princes if they can persuade Zinedine Zidane to take over.

Zidane is currently enjoying a sabbatical after leaving Real Madrid at the end of the last campaign and is another name being linked to the United job.

But Pochettino distanced himself from the United job on Tuesday as he prepares his PSG side for their penultimate Champions League group stage clash.

PSG travel to Manchester City on Wednesday night hoping to leapfrog the Citizens at the top of the Group A table.

And Pochettino admitted he was happy where he is.

“The rumours are there, but this type of thing cannot distract me,” he said. “I am so happy at Paris St-Germain and I am so focused.

“I love the club, I love the fans – it is a fantastic time to be at the club.