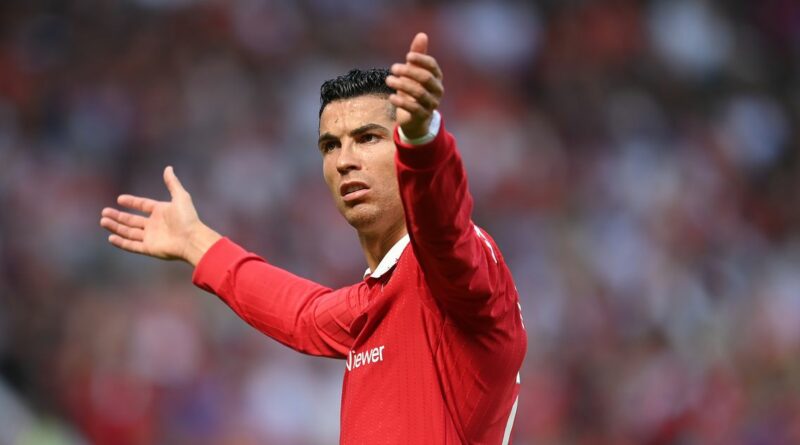 Manchester United players are reportedly growing increasingly frustrated with the never-ending transfer saga of Cristiano Ronaldo – and even want him gone.

The iconic No.7’s United future has been on the rocks ever since it was revealed that he wanted to depart the club. Ronaldo has been linked with moves to Chelsea and Atletico Madrid but rumours have not translated into anything solid.

He was a substitute for Erik ten Hag in his side’s disastrous 2-1 home loss to Brighton and Hove Albion and was not able to influence proceedings when introduced after 53 minutes. And his teammates have reportedly grown frustrated by the dramatic saga and are urging for it to come to an end.

The Sun understands the never-ending situation has started to “annoy” Ronaldo’s teammates. “It is really starting to annoy a lot of players now,” a source close to United said.

“He does have his allies in the camp but a lot are fed up with how he is going about things.” Ronaldo missed United’s pre-season training camp due to ‘family reasons’ and reportedly departed a friendly against Rayo Vallecano before the match finished.

And former Liverpool defender Jamie Carragher also believes United should part with Cristiano Ronaldo to draw a line under the situation. "He signed a two-year deal plus another year, which I couldn’t believe, and he’s never going to play second fiddle to anyone,” Carragher recently said to the Overlap.

Do you think Cristiano Ronaldo should be sold to Manchester United? Let us know in the comments section below

“But as players at a certain stage in your career we all know that you’re not the same player. His career has gone on longer because he’s such a great professional.

"But it doesn’t look like United can get him out, so at the moment other clubs don’t want him. And I think if you asked Ten Hag, I don’t think he wants him. And I’m not quite sure the dressing room at Manchester United would want Cristiano Ronaldo right now.”