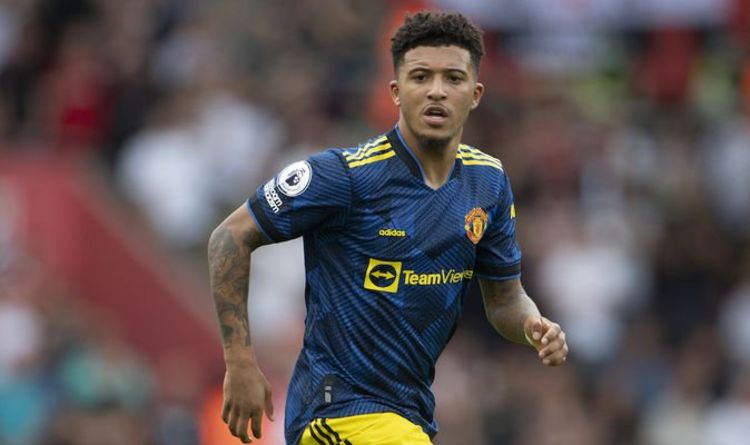 Manchester United have been dealt an injury blow to Jadon Sancho just days after he made his full debut for the club. The 21-year-old has picked up a minor knock while training with England on Wednesday.

United completed the signing of Sancho in July from Borussia Dortmund in a move worth £73million.

Sancho and his team-mates have returned to international duty for the first time since the penalty shootout heartache against Italy in the Euro 2020 final.

England will play Hungary in the first of three World Cup qualifiers on Thursday, before playing Andorra on Sunday and Poland next Wednesday.

Gareth Southgate has confirmed Sancho’s injury at a press conference ahead of Thursday’s contest in Budapest.

“We’ve got a small knock with Jadon Sancho this morning, so we’re going to assess him. Everyone else is fine for the game,” said Southgate.

Sancho has featured in all three of United’s opening Premier League fixtures, and the winger started his first game for the Red Devils against Wolves on Sunday.

United won the match 1-0 at Molineux thanks to a late goal from 19-year-old Mason Greenwood, who started the game up front.

Southgate meanwhile, has urged his players to build on their success at the Euros in the upcoming qualifiers as they prepare for the World Cup in Qatar next winter.

“I think we had over 25million people watching the semi-final. I don’t know numbers of the final,” he said.

“The country engaged with the team like [we’ve] never seen for decades.

“It is a challenge in the autumn when fans are back into club football. It is a dual focus. We can only perform and play well. The key is that the players are engaged, proud to play for their country and ready to do the job.

“It is up to us to play well and win matches and engage with supporters.”

The England manager has also reiterated that his side have gained confidence from reaching the semi-finals at the 2018 World Cup and the Euros final.

“The team have gained confidence from what achieved,” he said. “There was progress this summer and over the last four years.

“We have to start again. The journey to having the chance to have another run like that is underway.

“For the qualifiers we have got to be at our very best. Mentally it is a good test.

“We’ve got to be a team that copes with all different environments.We’ve got to go away and pick results up as well.”

Sancho is expected to recover in time for United’s next game against Newcastle which is set to take place a week on Saturday.

New signing Cristiano Ronaldo – who re-joined who completed his sensational return to the club on deadline day – is expected to make his debut. 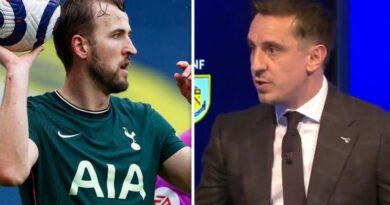