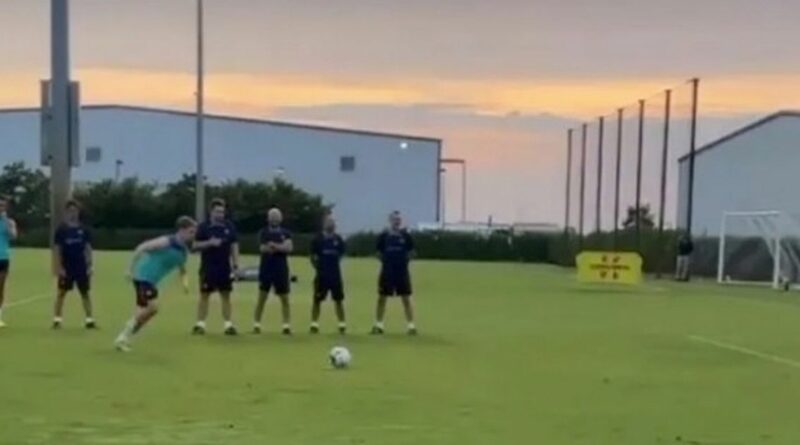 Manchester United target Frenkie de Jong left his teammates in heaps of laughter with his penalty attempt during Barcelona training.

The Dutch midfielder is edging towards a £72million transfer to Old Trafford after United reportedly came to an agreement with the Catalan club. It comes as a result of new Red Devils boss Erik ten Hag's persistent pursuit of the 25-year-old, who he managed at Ajax.

De Jong is understood to be eager to stay at Barcelona, but could be forced into the move after being told he is for sale by Barcelona chiefs. Yet he certainly will not be on penalty duty should his transfer to the Premier League club go ahead.

In a clip posted to Instagram by Sergio Aguero, De Jong stepped up to take a spot-kick during pre-season. And all eyes were on the central-midfielder as he scuffed his attempt onto the post.

His teammates showed no remorse as they cackled and fell to the floor in laughter. But fellow Barcelona superstar Ansu Fati showed him how it's done next, stepping up to strike the ball into the top-right corner to win the shootout.

Do you think De Jong will join Man Utd this summer? Let us know in the comments section below.

United are understood to be working to sign De Jong by the latter stages of the transfer window. But according to Metro, the club also have a back-up plan in Youri Tielemans should they not get their primary target.

The Leicester City midfielder is said to be on the Premier League giants' radar despite them facing competition from Arsenal for his signature. Tielemans recently re-joined the rest of the Leicester squad for pre-season as he awaits an update surrounding his future with the Foxes. 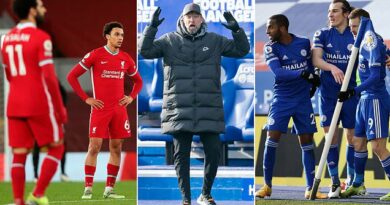 Alexander-Arnold calls on Liverpool to improve their mentality

Revealed: The statistics that highlight why Man United need a defensive overhaul this summer