Manchester United could sign Wolves striker Raul Jimenez but not until the summer, says Sky Sports reporter Kaveh Solhekol. United are said to be “very interested” in signing Jimenez after tracking his progress in the Premier League. The former Benfica man has scored 34 goals for Wolves since his initial loan move to the club in the summer of 2018.

Half of those goals have come this season, with the Mexican netting nine times in 11 Europa League appearances.

Solhekol was asked of the chances United could sign Jimenez this month as they look to add more firepower up front.

He thinks it would be extremely unlikely Wolves would be willing to allow their star forward to leave halfway through a season.

However, he reckons a summer deal is definitely not out of the question.

JUST IN: How Man Utd could line up after the January transfer window if Solskjaer seals deals 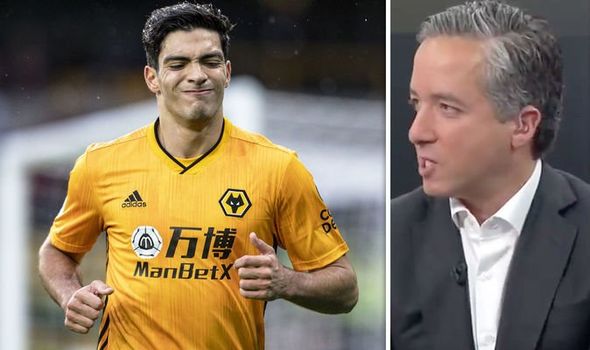 “I think you have to say the chances are very small because Wolves will not sell him,” Solhekol said.

“He’s done such a great job for Wolves since they signed him.

“Manchester United have been watching him very, very closely, he’s a player they’re very interested in.

“But I just don’t think Wolves would sell him in January, halfway through a season in which they’re doing so well.

“But it is something that could potentially happen in the summer.”

“It’s a strange one though because it’s at odds to United’s transfer policy,” Sheth responded. 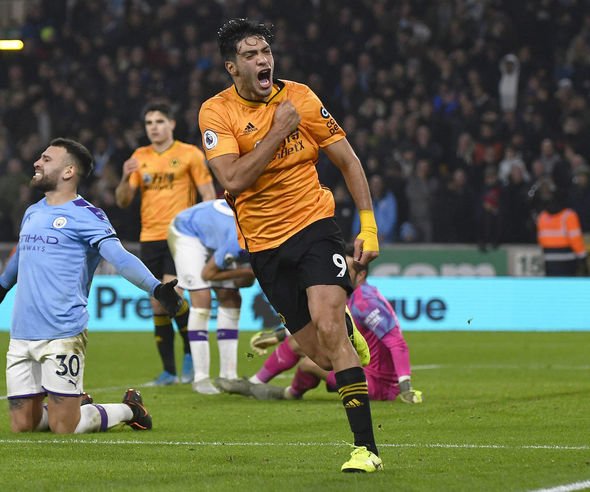 “He’s in his late 20s, United have got a very young squad, they’ve brought in young players and he’s always said the development of Martial, Rashford, Daniel James and Mason Greenwood is all important.

“I just wonder if you brought in Raul Jimenez, he’d want to start every game because he’s doing just that for Wolves.

“So does that hinder the development of the younger players there?”

However, former Tottenham midfielder Michael Brown believes United must, on occasion, go against their transfer policy to get the type of player they need.

Brown said: “That’s the one where you’re actually saying ‘Do we go against our transfer policy, our beliefs a little bit, because there’s a particular player out there who we believe is going to help us?’.

“You’ve got to always keep that open mind just in case someone can help you.”