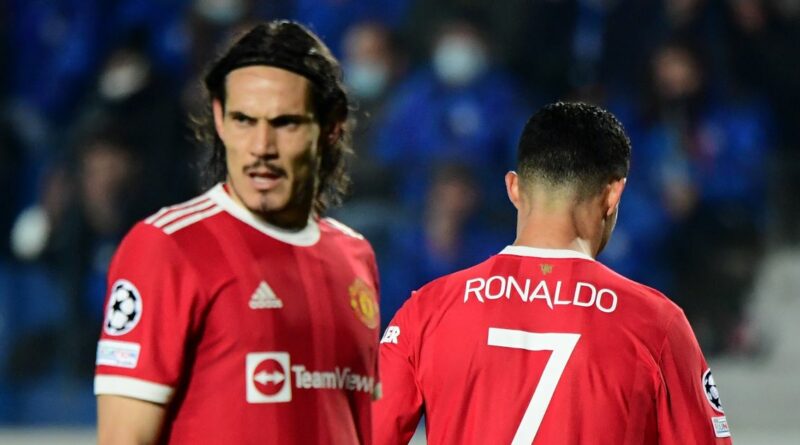 Gabby Agbonlahor has warned Manchester United boss Ralf Rangnick that missing out on a deal for Kieran Trippier could hamper Edinson Cavani and Cristiano Ronaldo's goal returns this year – as Aaron Wan-Bissaka isn't good enough to play for the club.

Trippier is on the verge of sealing a £12million switch to Newcastle to return to the Premier League just 18 months after he joined Atletico Madrid from Tottenham.

And Agbonlahor has voiced his disbelief that United have shunned the opportunity to sign the England ace themselves.

Wan-Bissaka has been United's first-choice right-back since he signed for the club in a £50m deal from Crystal Palace back in 2019.

But Agbonlahor is adamant that Cavani and Ronaldo would have scored more goals this season had United hijacked Newcastle's swoop for Trippier.

"When I watch Manchester United, and I don't know if you agree, Ronaldo must be so frustrated from the right-hand side because I love Wan-Bissaka defensively, but he can't cross a ball," Agbonlahor told talkSPORT.

"There was an incident where he actually tapped the ball with his left foot and fell over and crossed it out of play. He's just not good enough for Manchester United.

Should Man Utd have made an attempt to sign Trippier this month? Let us know in the comments section.

"Just get it done. For that sort of money, £12million, I'm sure Manchester United can pay the sort of wages that Newcastle can.

"Put him on that right-hand side, imagine the goals that Ronaldo and Cavani would get from that service.

"Wan-Bissaka is not a modern-day full-back; especially in a top team. So, for me, Manchester United have missed a trick with Trippier."

Although Wan-Bissaka started United's 1-0 defeat to Wolves on Monday night, he has come under fire for his limited displays this season.

Despite racking up four assists and notching two goals in the Premier League last season, Wan-Bissaka's end product in the final third has let him down more often than not this term – with the Croydon-born full-back yet to register a single goal contribution this term.

Trippier is set to become the first signing for Newcastle since their £305million Saudi-backed takeover was rubber-stamped by the Premier League last year.

Emmanuel Petit fears Chelsea MELTDOWN next season for one reason