The Portuguese midfielder sealed his move to Old Trafford on Thursday, putting pen to paper on a five-and-a-half year deal.

He was the first signing made by the manager this month with Solskjaer having regularly admitted he was keen to strengthen his squad.

And, with the transfer window closing at 11pm tonight, the Norwegian could turn his attentions to signing a striker.

Marcus Rashford is out injured for up to three months having suffered a double stress fracture of the back.

It has left Solskjaer with just Anthony Martial and Mason Greenwood as his strikers, though Greenwood is just 18.

Manchester United have been linked with a number of forwards during the transfer window, including Edinson Cavani, Islam Slimani and Edinson Cavani.

Having splashed out on Fernandes, it’s unlikely United will spend big again this month however loan deals have been touted.

Salomon Rondon and Timo Werner’s names have also been mentioned, so it’s unlikely to be a quiet day for Solskjaer.

One signing United are expected to announce is that of goalkeeper Nathan Bishop, with the Red Devils reportedly signing the shot-stopper on a two-and-a-half year deal.

Bishop, 20, has started 17 times for League One Southend this season and United came calling after Under-23 goalkeeper Paul Woolston suffered a shoulder injury that needed surgery.

Solskjaer did say at the start of the month that “one or two additions could do nicely”.

And with Fernandes signed, sealed and delivered, the boss may be done with the phone calls.

It’s also unlikely that there will be any big-name departures from Old Trafford though Marcos Rojo has already joined Estudiantes on loan until the end of the season. 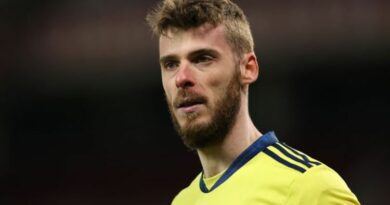