Manchester United may have to move on from any hopes of signing Erling Haaland in the near future after comments from the player’s father. Haaland burst on to the world stage a year ago for Red Bull Salzburg, immediately attracting the attention of some of Europe’s elite clubs.

The striker had a £20million release clause in his contract with United seemingly the leading contenders for his signature approaching the 2020 January transfer window.

But talks broke down after agent fees and demands with Dortmund soon swooping in to agree a deal.

Haaland has since gone from strength to strength in Germany, scoring 27 goals in just 29 games.

Speculation has already begun about Haaland’s potential next move with a reported £68m release clause being activated in his contract in 2022. 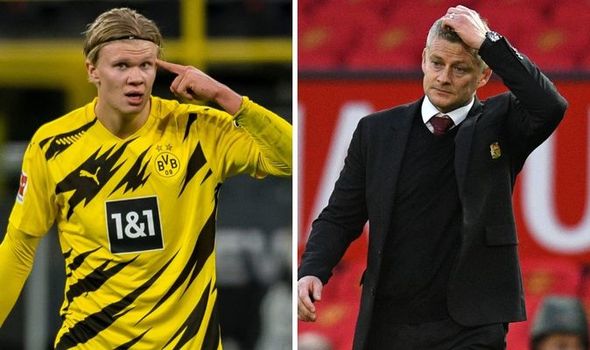 United are once again said to be interested and are reportedly considering making an approach.

But Haaland is happy with life at Dortmund and isn’t contemplating leaving any time soon, according to his father, Alf-Inge Haaland.

“When you play well, it’s only logical that big clubs knock on the door. But we’re talking about speculation here,” he told Sport 1.

“At the moment it is not in Erling’s or in my head that another club will be vying for him.”

He added: “It’s hard to compare the different clubs. Manchester United have achieved great success in recent years. The club is also trying to build something new there.

“But to draw this comparison now is not so easy because he is already playing in Dortmund.

“These are two very traditional clubs with a large fan base and a glorious history.

“We have to catch up with the Munich team. Erling wants to cling to this goal.” 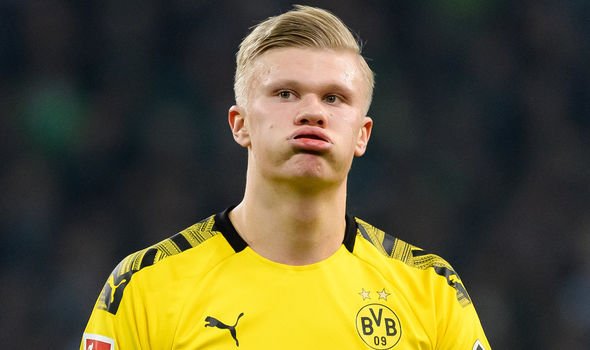 And Alf Inge insists his son has long-term ambitions in Germany he wants to achieve first.

“We signed a long contract with Dortmund and BVB have a fantastic team for Erling right now. We don’t want to look any further yet,” he said.

“You never know what will happen. We haven’t talked about such a step yet.

“I think he would like to win some trophies with Dortmund.

“That is his goal. Erling can still achieve a lot in Germany and make great progress. Abroad is not a priority for us.”